Daily Brief, Jun 3: Everything You Need to Know About Gold Today - Forex News by FX Leaders 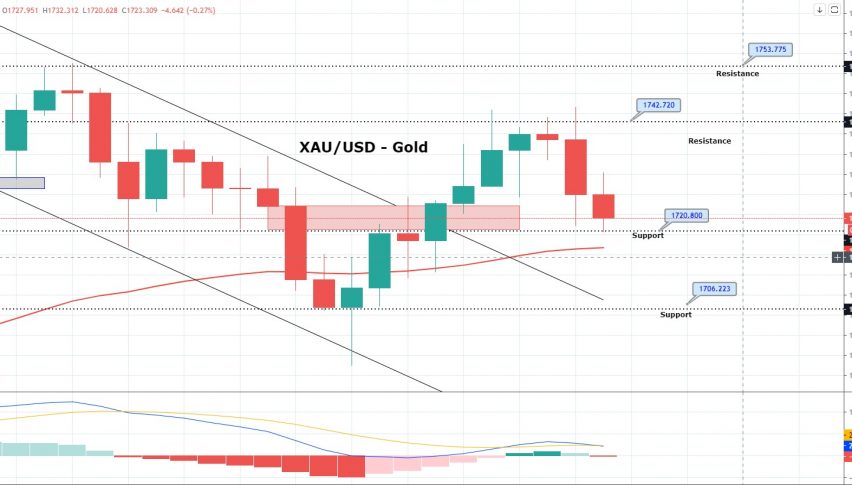 Daily Brief, Jun 3: Everything You Need to Know About Gold Today

Gold prices were at $1727.77 after placing a high of $1745.16 and a low of $1721.74. Overall the movement of GOLD remained bearish throughout the day. After posting gains for four consecutive days, prices fell on Tuesday despite increased protests in the cities of the United States.

The downward movement of Gold could be attributed to the latest news from China to halt US Soybeans and Pork purchases along with other US agricultural products. This news from China gave a push to US equities, which were already supported by the optimism over economies emerging from coronavirus lockdowns, and hence, investors started to book profits, causing the yellow metal’s prices to weaken.

Gold dropped more than 1% on the day amid the risk-on market sentiment due to rising fears of increased tensions between US & China. The move from China came after Washington said that it would eliminate the special status of Hong Kong to punish Beijing. American Soybeans are the cheapest in the world, and China purchases almost 180,000 tons of soybean, which were supposed to be shipped in October or November, the peak season for US soy export.

China’s action has made a road to destruction of the phase-one deal that was signed between the two countries in January, in which China pledged to boost its US farm purchases. However, there was no immediate response from the US Department of Agriculture and US trade representatives.

On the other side, US President Donald Trump vowed to use the military to control the widespread protests in US cities. The protests came in over the death of an unarmed black man in police custody. The rising political and financial instability should have given a push to gold prices on Tuesday. Instead, it moved gold’s bullish trend in the opposite direction due to investors deciding to take profits.

The risk appetite due to the optimism regarding hoped-for economic recovery after reopening of economies across the globe remained in the market and continued weighing on gold prices and undermined the latest tensions, both on the US domestic front and China-related.

After posting gains continuously for the previous four consecutive days, gold fell on Tuesday and broke the bullish streak. There was no economic data release on Tuesday from the United States, so the move of the precious metal could be attributed to the market’s risk sentiment. 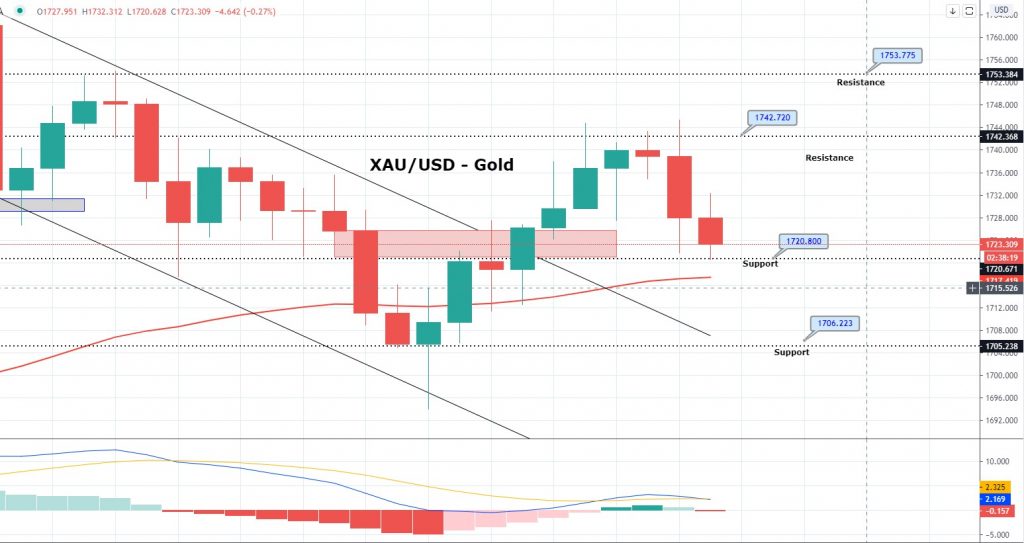