WTI crude oil prices were flashing red and hit the intraday low just above $37.00 as traders failed to cheer the upbeat headlines regarding the much-awaited OPEC+ output cut decision and the US-Iran update. However, the reason for the latest declines in crude oil could be attributed to the long-lasting tussle between the United States and China, fueled by President Donald Trump and US Secretary of State Mike Pompeo’s comments. WTI crude oil prices are currently trading at 37.40 and consolidating in the range between 37.05 and 37.50.

As per the latest reports, the Organization of the Petroleum Exporting Countries and its allies, including Russia, mostly known as OPEC+ will likely extend the current production cut output after seeing a green sign from Iraq. The OPEC+ leaders Russia and Saudi Arabia secured a tentative agreement with member Iraq. As a result, WTI crude oil benefited earlier as it edged higher to $37.58 from $37.48 after the release.

OPEC+ had been expected to meet on June 4, but the meeting was delayed due to lack of interest by some producers. Therefore, the latest reports indicate that the OPEC+ would meet on Saturday to extend the output cuts. The global oil producers were uncertain over the extension of 9.7 million barrels per day of output cuts as the limit expired on June 30.

Whereas, the US President Donald Trump recently thanked Iran by tweeting about the release of another detainee and indicating a possible trade deal with the Gulf nation which eventually turned out to be one of the key factors that kept a lid on any additional losses in oil, at least for now.

Looking forward, market participants will keep their eyes on the monthly US employment data for fresh impulse. Additionally, they will take clues from the output related and the Sino-American headlines in the meantime. Moreover, the Baker Hughes US Oil Rig Count’s weekly release, prior 222, could also direct immediate price action. 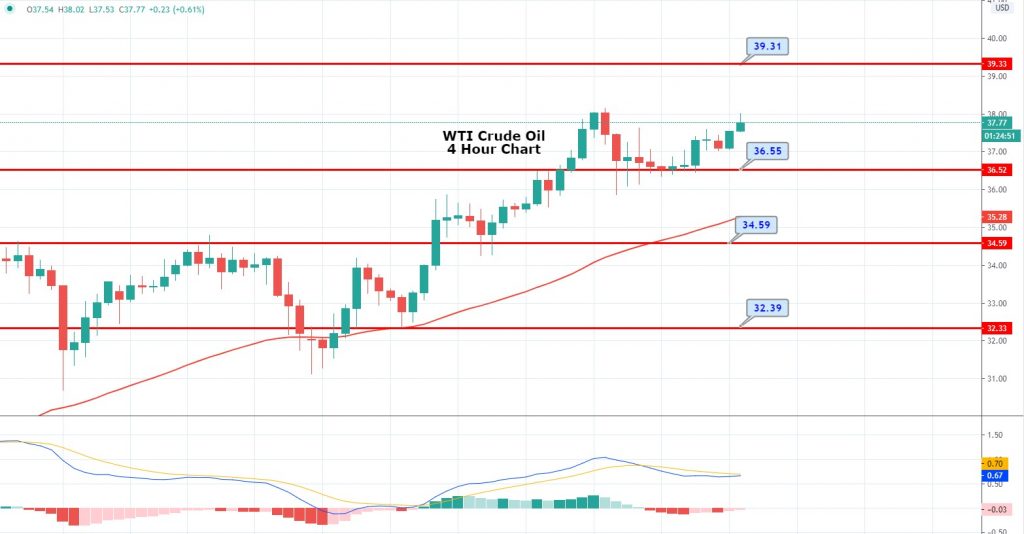 EIA Reports A Surprise Build In Oil Supplies
7 hours ago

WTI Crude Oil Remains Under Pressure at Around $40 – Oversupply Fears in Play!
14 hours ago
WTI Remains Depressed Amidst Surging Coronavirus Cases, Weakening Demand!
WTI crude oil prices failed to extend the modest gains of the previous session, dropping to the $40.13 level, while representing 0.45%...
2 days ago
Comments