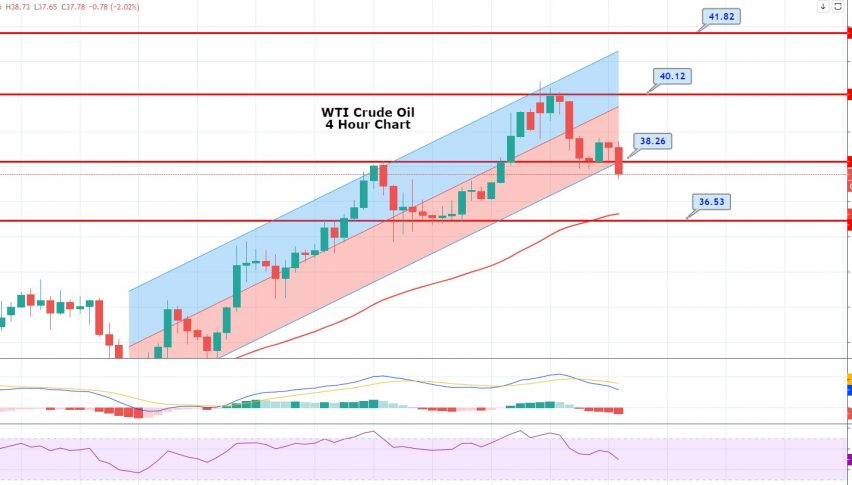 During Tuesday’s Asian trading session, WTI crude oil prices were flashing green and rose to 38.70, while representing 1.3% gains on the day but remain below Monday’s low of $40.44. However, the uptick in crude oil prices could be attributed to the optimism and hopes of traders for fast recovery in demand after easing coronavirus lockdown measures across the globe. The increase in Chinese buying also exerted some bullish impact on crude oil prices. Notably, the dragon nation’s purchases hit a record high of 11.3 million barrels per day in May.

The crude oil upticks were further bolstered by the remarks from Libya’s National Oil Corporation that armed forces have subscribed to El Sharara oilfield and ordered workers to stop. The reason for Monday’s declines could be attributed to the news that Libya has restarted production at its largest oil field (El Sharara).

Elsewhere, Gulf OPEC producers (Saudi Arabia, Kuwait, and the United Arab Emirates) had previously promised voluntary output cuts of 1.18 million barrels per day from June 1 and showed no signs to extend cuts ahead, which eventually exerted some downside pressure on crude oil.

However, the previous gains in crude oil were supported by the reports that the OPEC+, a group of producers led by Saudi Arabia and Russia, which agreed in April to cut supply by 9.7 million barrels per day (BPD) in May and June to support prices, decided on Saturday to extend those cuts through July. At the US-China front, the tussle between the two countries remained on the cards and turned out to be one of the key factors that kept a lid on any additional gains in crude oil, at least for now. The United States’ policymakers continue to urge for the bill to sanction Chinese politicians involved in Xinjiang human rights violation.

On the other side, the Dragon Nation did not give any significant heed to the Trump administration’s recent push to remove punitive tariffs on American lobsters, which eventually exerted some downside pressure on the risk sentiment during the initial Asian session on the day and contributed in limiting gains. Due to the absence of significant data/events from the US, market traders will keep their eyes on the qualitative catalysts for fresh impulse. 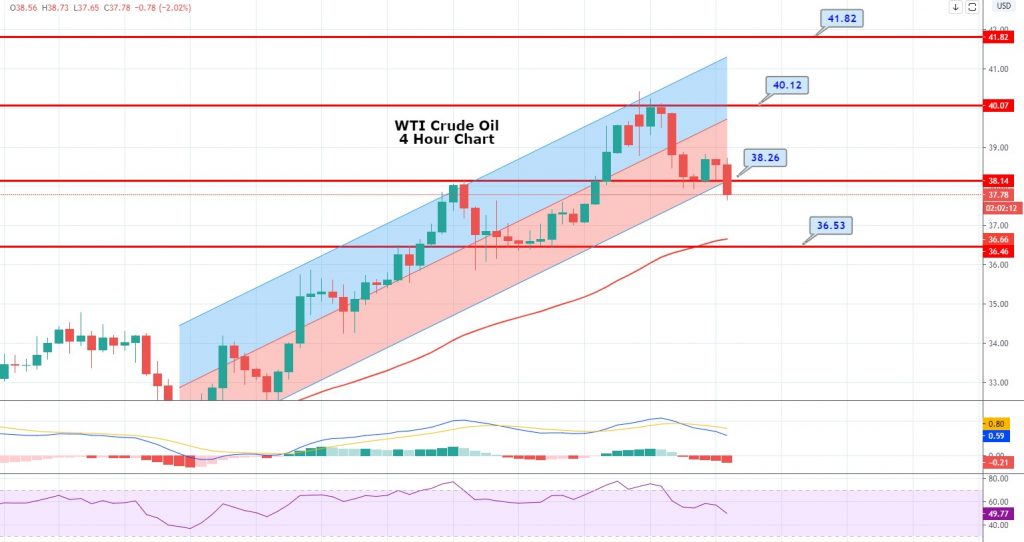 WTI crude oil prices are trading in a selling zone, having violated the intraday support level of 38.26. Below this, US Oil may drop further until the next support level of 36.50 levels. The 50 periods exponential moving average is also likely to extend support at 36.50 level. The MACD is holding below 0, suggesting chances of further selling in WTI. Let’s consider taking selling below 38.25 level today.