Daily Brief, Jun 11: Everything You Need to Know About Gold on Thursday - Forex News by FX Leaders 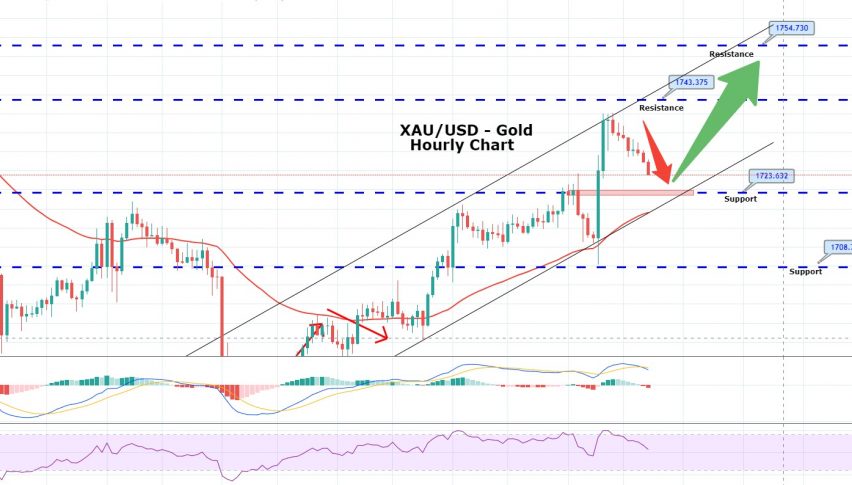 Daily Brief, Jun 11: Everything You Need to Know About Gold on Thursday

The yellow metal gold prices closed at $1738.28 after placing a high of $1739.80 and a low of $1708.02. Overall the movement of gold remained bullish throughout the day. GOLD rose about 1% on the day and continued its bullish streak for the third consecutive day on Wednesday after the US Federal Reserve held its interest rates near zero and signaled it to remain there for the next few years.

The Chairman of the Federal Reserve, Jerome Powell, pledged to continue to support the US economy and warned that the US was facing a long road to recovery. To support the economy, the Fed plans to keep its rates low near zero for the foreseeable future until the end of 2022.

The Fed continued its bond-buying program and said that it would increase its purchases of Treasury securities and mortgage-backed securities to maintain the smooth functioning of the market. The Fed’s projections for 2020 showed that the US economy would shrink 6.5% this year, and the unemployment rate will be 9.3%.

The Fed slashed its interest rates in March to near zero on the back of coronavirus crisis, and now it has pledged to maintain low rates until the economy was back on track. Fed has injected trillions of dollars in its financial system, bond/treasury purchases to support business, state, and local governments. It also introduced new programs to lend to small, medium-sized firms and to buy corporate & municipal debts.

The dovish comments from Federal Reserve to keep low-interest rates for a longer period and an unexpected picture of the US economy painted by the Fed led to higher gold prices on Wednesday. Wall Street, major indices such as the S&P 500 and Dow Jones Industrial Average were negative on the day, and the US dollar index fell to fresh three months low against major currencies. This gave a push to the safe-haven metal prices on Wednesday.

The Fed’s expectations that economic difficulties will not end up soon gave a push to gold prices. Powell rejected the comparison of today’s economic conditions with that of the Great Depression and said that it was not a good example of what was happening today. He explained that the pandemic recession has its uniqueness as it was man-made, which means that economy was artificially switched off to prevent the spread of the virus. He said that the path ahead for the global economy was highly uncertain and depended on the pandemic path.

On the other hand, at 17:30 GMT, the CPI & Core CPI for May were dropped to -0.1% from the expected 0.0% and weighed on the US dollar. At 23:00 GMT, the Federal Budget Balance for May showed a deficit of 398.8B against the projected 580.0B and weighed on the US dollar. Economic data from the US was also in favor of gold prices on Wednesday and raised its prices more than 1% on the day towards $1800 level.

The precious metal gold is on a bullish run in the wake of dovish FOMC policy, where FED said interest rates are likely to stay on hold until 2022. While they are expecting contraction in GDP, a weaker dollar is driving buying in gold. Therefore, we may see gold prices soaring higher until 1,745 in the coming days. But before this, the overbought metal may drop a bit until 1,726 area to complete retracement. So, the immediate support holds at 1,726 and 1,718 levels, while resistance stays at 1,738 and 1,745. 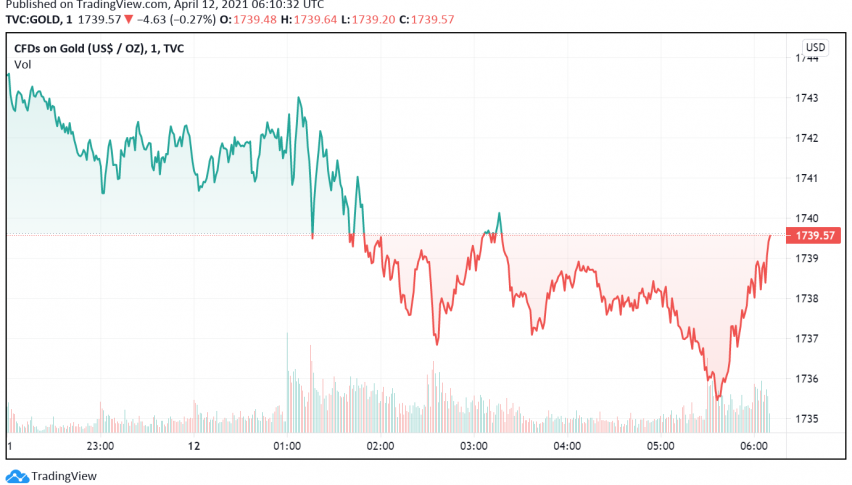