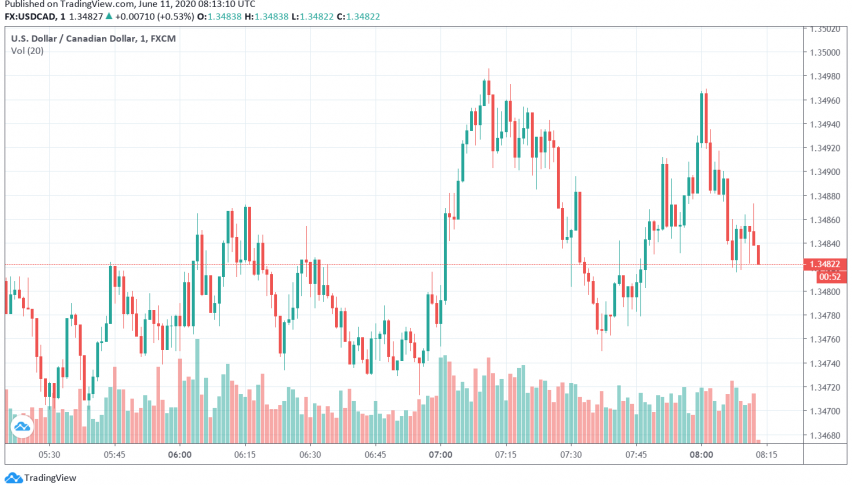 A day after the Fed’s latest policy meeting, the Canadian dollar continues to trade close to a three-month high against the US dollar after the Fed took a more dovish tone when it pledged to support the US economy for as long as required until it recovers. At the time of writing, USD/CAD is trading at around 1.348.

At Wednesday’s FOMC meeting, the central bank’s policymakers forecast that the US economy could see GDP contracting by as much as 6.5% in 2020 while unemployment could touch 9.3% by the end of the year. They also confirmed their plans to hold interest rates close to zero through this year and into the next as economic recovery in the aftermath of the pandemic could take long.

The dovish comments by the Fed helped support the safe haven appeal of the US dollar after initially driving USD/CAD more bearish, as traders moved away from the safety of the greenback and into other currencies. The CAD has also been supported by a strengthening in crude oil prices amid hopes for demand improving as economies around the world begin to reopen after many weeks of lockdowns.

During the previous session, USD/CAD touched a low of 1.3315, the weakest seen since early March but has settled higher since then as Wall Street gave up gains in volatile trading. The prospects of economic recovery have been supporting the bullishness in the Canadian dollar lately, helping it strengthen against the US dollar.

Powell Speaks, USD Falters Vs The Forex Majors
16 hours ago