During Monday’s early Asian trading session, WTI crude oil prices failed to extend the Friday’s bullish moves and dropped to $34.55 level. Crude oil represented more than 5.63% losses on the day mainly due to the risk-off market sentiment in the wake of the second wave of coronavirus (COVID-19) outbreak, which eventually raised the possibility that the virus 2.0 could weigh on the recovery of fuel demand. On the other hand, the Iraqi Oil Minister’s upbeat comments turned out to be one of the key factors that kept a lid on any additional losses in oil, at least for now. At the moment, WTI crude oil is currently trading at $34.55 and consolidating in the range between $34.52 and $36.08.

The number of COVID-19 cases in Japan rose by 47, the highest level since May 5. On the other hand, Beijing has started to reimpose restrictions after an increase in the virus cases around the Xinfadi food market in the Southern Fengtai district. Almost 20 above US states also reported a rise in new cases, which eventually exerted downside pressure on the risk sentiment. As a result, the extreme optimism about a potential V-shaped recovery could be faded.

Apart from this, the growing conflict between US President Donald Trump and the state governors, due to the latest protest in America, also exerted some downside pressure on crude oil prices. Additionally, China’s tough stand in the Hong Kong issue also boosted the market’s uncertainty.

However, market traders failed to cheer the upbeat statements by Iraq’s newly appointed oil minister Ihsan Abdul Jabbar Ismail, about the oil prices during the interview with Iraq’s Sharqiya TV at the weekend. He expected crude oil prices to rise above $40 during the second half of 2020, whereas they also suggested an average of 2.8 million barrels per day (bpd) of exports in June.

Despite another positive news that the latest oil rig count figures fell to 199 from 206 previous, traders failed to take bids mainly due to the risk-off sentiment. By the way, the released report marked the 13th consecutive drop in rig counts. 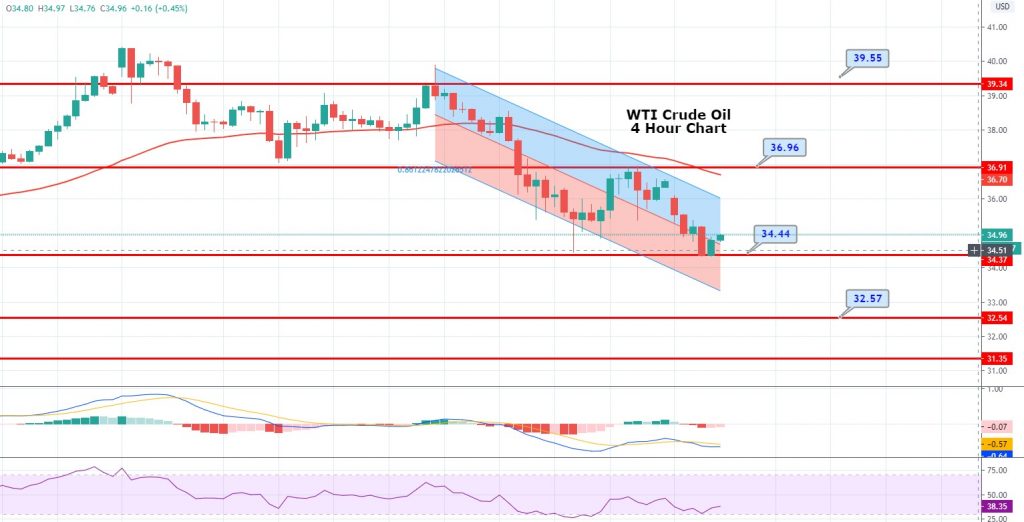 WTI crude oil prices are gaining double bottom support around 35.25 level. Above this level, WTI has odds of bullish trend continuation, which can lead to crude oil prices higher until 36.65 level. While the bearish breakout of 25.15 level can extend to selling until 34.63 level. On the lower side, violation of 34.63 can cause a drop until 32.90 today. 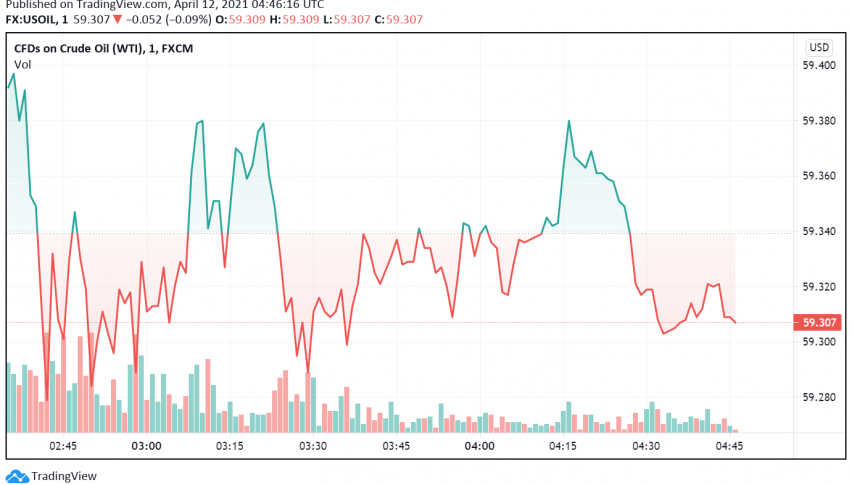 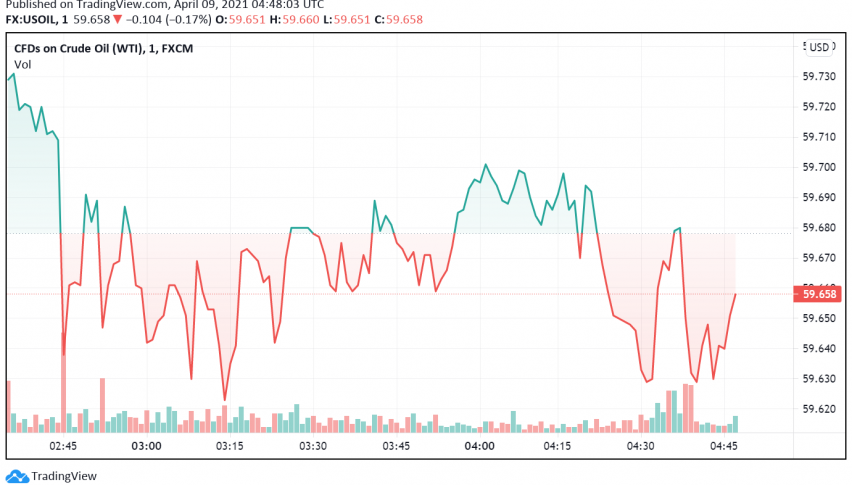