Daily Brief, Jun 17: Everything You Need to Know About Gold  - Forex News by FX Leaders 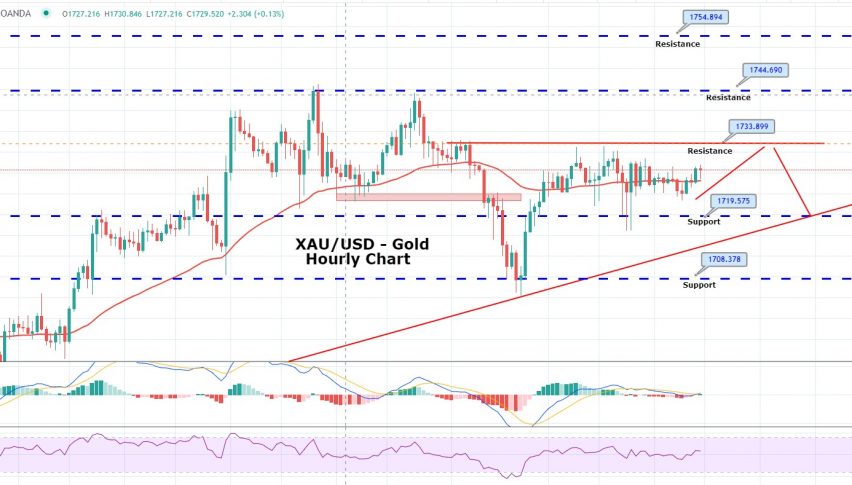 Daily Brief, Jun 17: Everything You Need to Know About Gold

The yellow metal gold prices closed at $1726.33 after placing a high of $1732.78 and a low of $1716.74. Overall the movement of gold remained bullish throughout the day. GOLD on Tuesday edged higher on the back of fresh coronavirus outbreak in China and countered the rise in Wall Street Journal due to increased US retail sales data and optimism about the COVID-19 drug.

According to state media, the government of Beijing city raised its coronavirus emergency response from level 3 to level 2. In recent days, the number of confirmed COVID-19 cases in China rose more than 100, which raised concerns over the pandemic. After Beijing suddenly tightened the measures again with shutdown of schools and advised people not to travel or leave the city unless necessary, gold prices gained. The rise in gold prices shook off earlier losses that were driven by a surge after better than expected Retail Sales data from the US.

On the other hand, equities also got support from the news that researchers in England said that they had the first evidence that a drug could improve COVID-19 survival. A cheap and widely available steroid called dexamethasone reduced deaths by up to one third in severely ill hospitalized patients. The British government immediately announced the drug’s use for coronavirus patients after the results announced on Tuesday.

On the positive side for safe-haven gold, the escalating tensions between China and India over troops clashing at their disputed border along with the North Korea tensions where it blew up an inter-Korean liaison office set up in a border town. On Tuesday, North Korea blew up its de facto embassy near the heavily armed border with South Korea. Meanwhile, Chinese and Indian soldiers had a violent face-off on Monday night in the disputed Himalayan Galwan Valley.

On Tuesday, the Indian army announced that 20 Indian soldiers were killed in the fight while China stayed quiet and did not provide any information on the casualty. Nuclear-armed neighbors were blaming each other for crossing a disputed border and having a fight that included throwing stones and fistfights. These escalated tensions between the nuclear-armed countries helped safe-haven assets like the yellow metal to find demand in the market, which helped gold move higher on Tuesday.

Gold is also trading with a bullish bias but currently facing resistance at 1,731 level. Below this, selling can be seen until the next support area of 1,722 and 1,717 level. While the closing of candle or violation of 1,731 will extend buying until the next target level of 1,744.