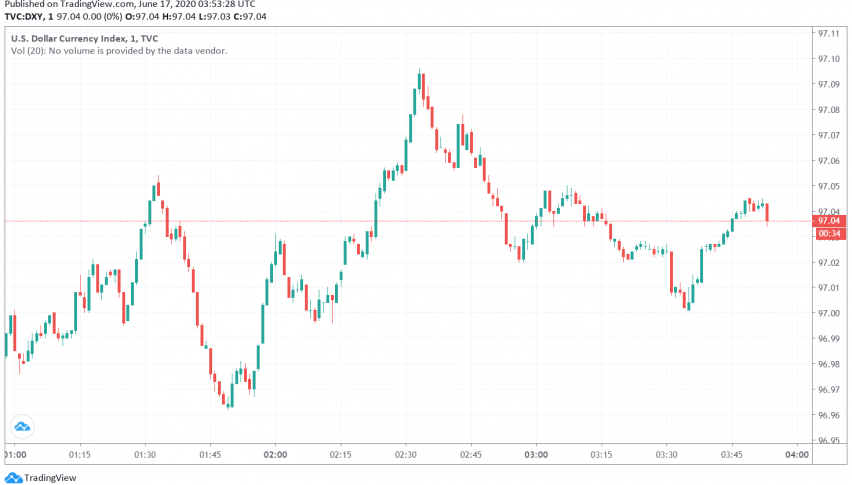 A day after the release of better than expected retail sales numbers, the US dollar is trading steady and holding strong against other major currencies over optimism about economic recovery in the US. At the time of writing, the US dollar index DXY is trading around 97.04.

US retail sales climbed 17.7% higher during May, beating economists’ expectations for a rise of 8% even as various states in the country began to ease lockdown measures and resume economic activity. This raised hopes for faster economic recovery, supported by rising strengthening domestic consumption in the US.

Over the previous session, the US dollar index strengthened by 0.4%, supported by a risk-off sentiment in markets after Fed chair Powell cautioned against the impact of a second wave of coronavirus on the economy. Meanwhile, geopolitical tensions in Asia as well as a fresh outbreak of cases in Beijing, China are also suppressing the risk appetite in markets and supporting the safe haven appeal of the greenback.

Markets are trading cautious after North Korea reportedly blew up a liaison office close to its border with South Korea. In addition, tensions are brewing between India and China after Indian army reported death of 20 soldiers in clashes with their Chinese counterparts at the border.

US Dollar Still Riding on Optimism From FOMC - Rate Hike in 2023?
1 day ago 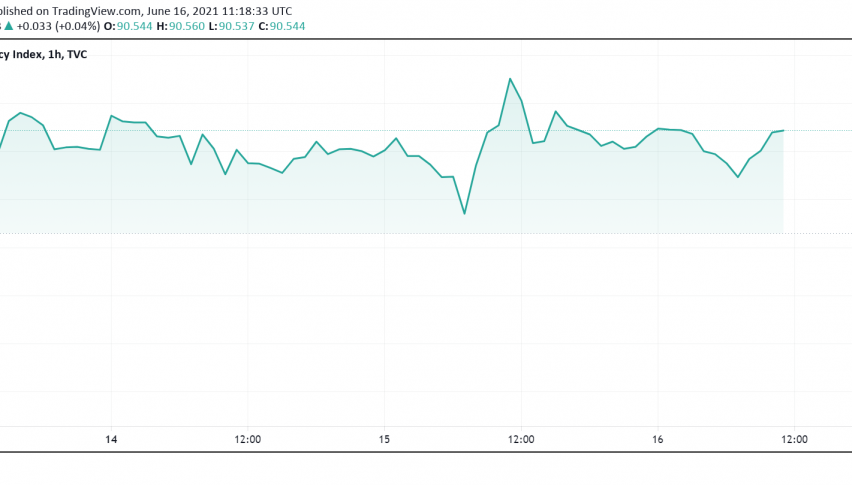 US Dollar Fails to React to Retail Sales, All Eyes on FOMC
2 days ago