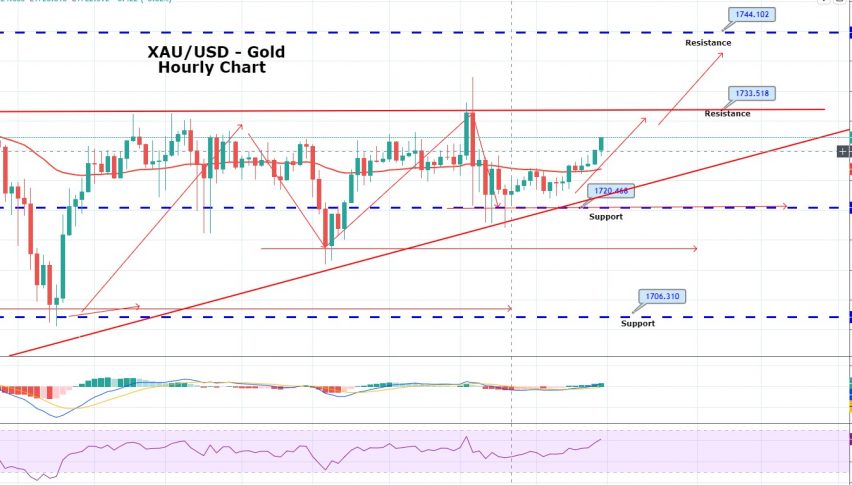 Daily Brief, Jun 19: Gold On a Bullish Run – Brace for a Buy Trade

The yellow metal gold prices closed at 1722.45 after placing a high of 1737.54 and a low of 1717.50. Overall the movement of gold prices remained flat but slightly bearish throughout the day. GOLD prices rose in the initial trading hours of the previous session on the back of weak US dollar due to a rise in the number of jobless claims last week. However, they failed to post gains for the day as daily gains were lost in late trading session and prices showed a consolidated move with a bearish touch.

The Dollar Index was up 0.30% on Thursday at 97.440 level on the back of rising numbers of COVID-19 cases in the US & China and weighed on yellow metal prices. However, US stocks edged lower on Thursday after rising concerns about the potential second wave of coronavirus that could hurt the economic recovery. S&P 500 was 0.27% lower with 8 points, and Dow Jones was down 0.15% on Thursday.

An FOMC member and Cleveland Fed President, Loretta Mester, said late on Wednesday that the US economy would take a long time to recover and that the Federal Reserve will have to maintain a straightforward monetary policy until 2023 to aid the healing process. The comments indicated that a more extended period of time would be required for recovery, hurting the risk sentiment which aided in gold’s gains in the earlier session.

Mester said that recent good job data and retail sales had sparked some optimism in the economy for stronger than expected recovery, but a more optimistic scenario could be confirmed only after the development of a vaccine for the coronavirus. Only a vaccine can make people feel comfortable re-engaging.

According to Mester, the recovery shape will depend on the development of vaccine and people’s ability to handle virus spread through testing, contact tracing, treatment, and risk-focused restrictions on activity. He added that the behavior of business people and households also impacted the recovery process as their engagement in economic activity matters a lot. According to a survey by the Cleveland Fed, 60% of participants think that the pandemic would last a year or less, and 40% think that it will last more than a year.

However, in the late session, gold prices started to fall on some reports from Beijing, which showed that they had contained the spread. This eased the fears of the second wave of the virus and weighed on the risk-off market sentiment. The ongoing risks to the global economic recovery after the increased number of virus cases from the two biggest economies of the world continue to support the yellow metal, which limited the downfall of the gold prices on Thursday. 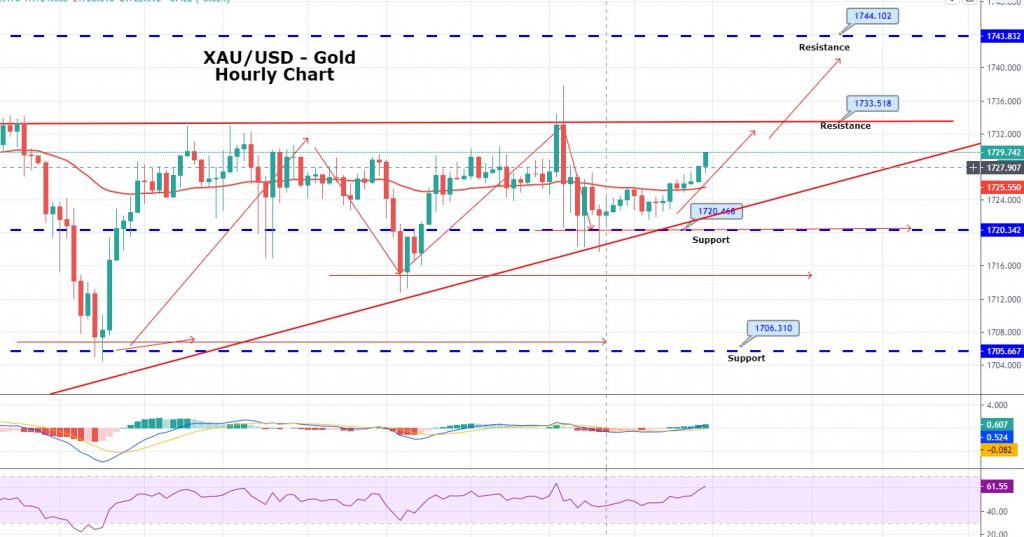 Furthermore, the number of jobless claims made during last week might have exceeded the expected value, but with every week, the actual number of claims made for jobless benefits was decreasing. This indicated that people were going back to their jobs with each passing week, which raised the optimism that job numbers would become better and support economic recovery. The raised optimism weighed on the safe-haven gold prices; hence, it posted losses at the end of the day, even after crossing $1737.

Gold hasn’t changed lately as it continues to follow sideways trading range, exhibiting a neutral bias. Currently, gold is facing resistance at 1,728 level. Below this, selling can be seen until the next support area of 1,722 and 1,717 level. The closing of the candle or violation of 1,728 will extend to buying until the next target level of 1,733 and 1,737.