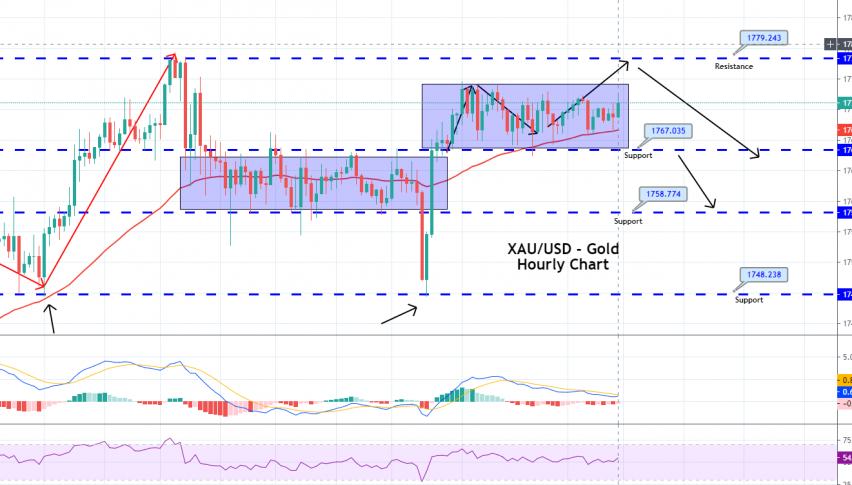 Daily Brief, June 30 – Last Day of Month, Here’s What to Expect From Gold!

Good morning, traders.
The precious metal gold prices closed at $1,772.21 after placing a high of $1,775.35 and a low of $1,765.80. Overall, the movement of GOLD remained bearish throughout the day. Gold prices were little changed on Monday and held close to the highest level in eight years, on the back of the accelerated spread of COVID-19, which threatened to derail hopes of an economic recovery. Other than that, gold surged in the earlier trading session, due to the increased safe-haven demand in the wake of intensified tensions between the US and China, over the China-India border clash.

COVID-19 infections have soared in the United States, resulting in California ordering bars to shut down again, while Washington State has paused its plans for re-opening the economy, given the increased number of infected people. Reports from China showed that authorities confined more than 400,000 people in Anxin County, about 145km from Beijing, to prevent a fresh outbreak in the capital. The restrictions imposed there were the same as the Wuhan restrictions, where people were prevented from leaving their homes. Only one person from each household can leave the home once a day, with a special pass, in order to get food and medicine. This report also raised fears for the second wave of the coronavirus and its impact on the global economic recovery that raised the safe-haven demand and gold prices.

Apart from the virus, the conflict between India and China intensified after the US extended its support to India over the border clash with China, which, as expected, has caused disruption in China. It appears that the escalating border tension between India and China could be prolonged and that it might even develop into a full-scale war.

In response to US support for India, Chinese experts said that Washington had long been dreaming of playing India as a card to counteract and contain China. They added that the US now has the chance to do so by using Indian hardliners as fodder. This raised the safe-haven appeal even more, and gold almost reached the 1,800 level. The US Dollar Index was up by 0.07%, to 97.472 on Monday, which made the US dollar stronger, weighing on gold prices. The Wall Street equities also rallied on Monday, as Boeing undertook its first flight to regain certification for its grounded 737 MAX jets, and this provided some hopes of recovery for the badly impacted aviation industry.

The 737 Max jet has been grounded for almost 15 months, after two fatal crashes that killed a total of 346 people. The Boeing 737 MAX has completed its long-awaited first recertification flight, in order to get flight clearance for the plane again. FFA and Boeing said they would do further test flights this week, although several more steps will be taken before the aircraft returns to service. The news that the jet has started doing its recertification flights pushed the US stock market on Monday, even in the risk-off market sentiment. This weighed on gold in the late sessions, and turned the daily gains into losses.

GOLD is trading at the 1,769 level, holding its position right above an immediate support level of 1,767. Above this, the precious metal, gold, could push the XAU/USD prices towards 1,773 and 1,778. While support continues to hold at around 1,767 and 1,758, let’s wait for a violation before taking any position. Good luck! 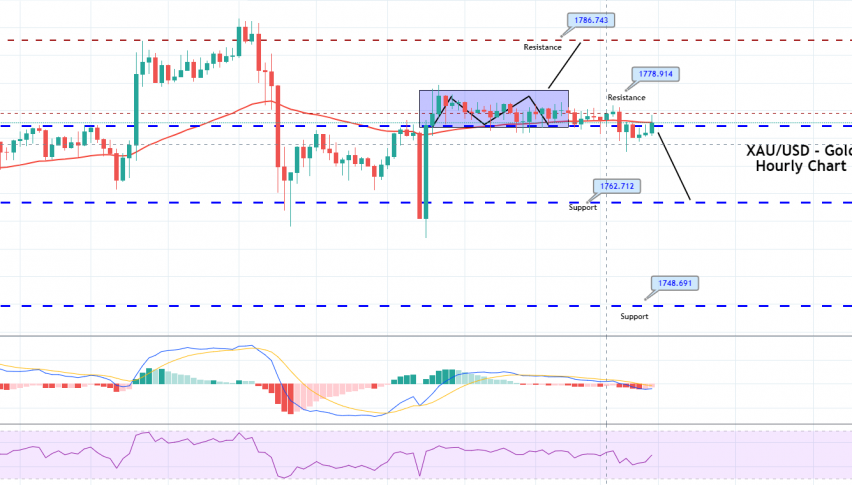 Daily Brief, July 6 – Everything You Need to Know About Gold Today!
22 hours ago 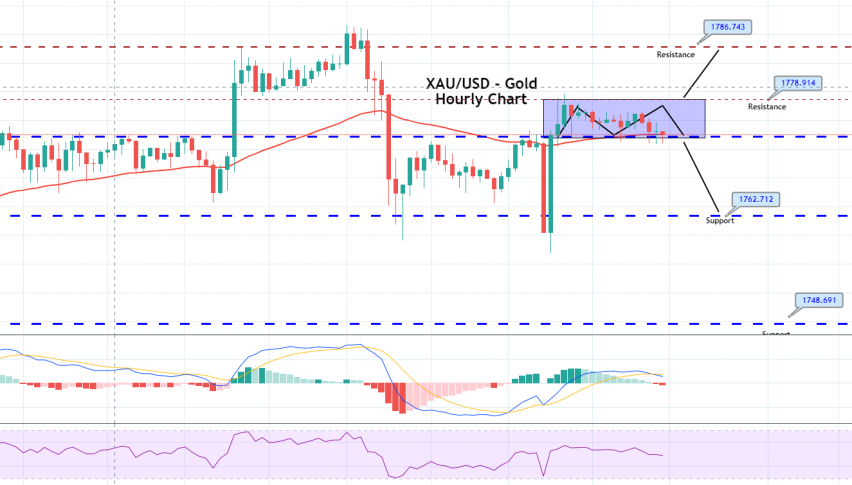 Daily Brief, July 03 – Everything You Need to Know About Gold on Friday!
4 days ago
Comments