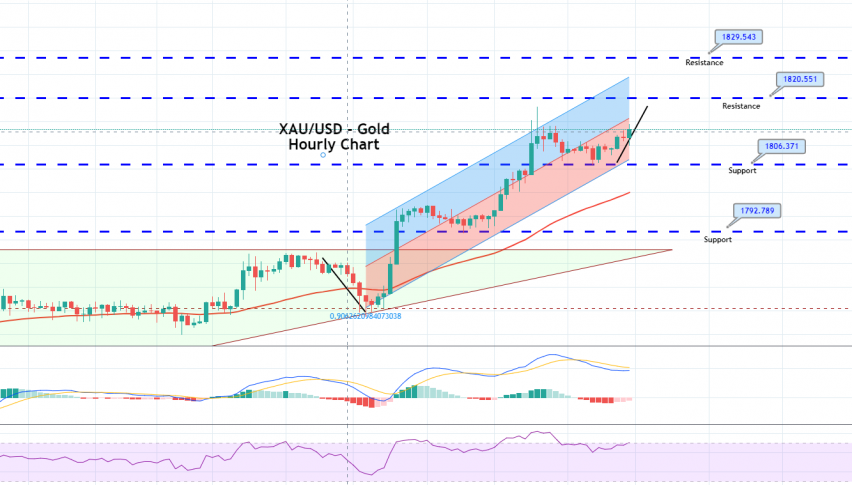 Daily Brief, July 09 – Everything You Need to Know About Gold Today!

The yellow metal GOLD prices closed at $1,808.89 after placing a high of $1,818.02 and a low of $1,791.61. Overall, the movement of gold remained bullish throughout the day. Gold prices extended the previous day gains for the 5th consecutive day on Wednesday, crossing the long-awaited $1,800 level, and reaching the highest peak since September 2011. The surge in gold prices was backed by the safe-haven bids, which was driven by the rise in the number of coronavirus cases from the US and worldwide.

On Wednesday, the US reported that more than 3 million coronavirus cases have been confirmed in just a month, with all the states struggling to control the second wave of the outbreak. Apart from the US, other countries, like Sweden, that were previously spared from the worst of the pandemic in the first wave, have also shown an increased death rate in the second outbreak.

According to the Johns Hopkins University, the total number of US cases also included nearly 1 million people who recovered from the virus. But more than 130,000 Americans have died from the coronavirus, which is roughly twice the death toll of any other country. The pandemic has infected more than 11.89M people worldwide, and the count is rising continuously, day by day. This has affected the global economy badly, and as in result, gold prices have shown substantial gains in these times of a highly uncertain environment.

The measures taken by governments and central banks fueled fears of inflation, indicating a devaluation of other assets and decreased returns on government bonds, which made gold a more attractive investment. The highly uncertain environment related to coronavirus in the absence of any vaccine or drug of note has increased the safe-haven demand. However, the market conditions showed signs of improvement, with better macroeconomic data from many countries in recent months. Fed has also acknowledged that if market conditions improve further, corporate bond-buying could slow, but the increasing wave of COVID-19 in the US will not let that happen anytime soon.

The expectations that continuous support for the American economy from the central bank will continue, due to the intensifying number of coronavirus cases, weighed on the US dollar, raising the expectations for gold.

On Wednesday, GOLD was supported by the release of the information that it took the US just 28 days to reach another million coronavirus cases, making a total of 3 million cases. Almost 40,000 new cases are being reported in the US daily, and without proper social distancing and other safety measures, this could soon reach 100,000. More than 5,420 deaths have been reported in Sweden, after the country decided to go light on social distancing. Sweden suffered 40% more deaths than the US

Furthermore, the rivalry has shifted into new, unpredictable areas from trade engulfing everything from the popular video app TikTok, to Hong Kong’s status as a global financial hub on the US-China front. The two countries have not stopped their verbal attacks on one another other during a time when the global economy is facing the worst a crisis since the great depression, raising the demand for safe-haven and gold, to the highest levels in 9-years on Wednesday.

The yellow metal GOLD has violated the 1,786 resistance, and is now trading below the 1,818 level, which is likely to extend solid resistance to gold today. Gold could trade sideways, between the 1,800 and 1,819 levels today. The bullish bias in gold seems dominant. Good luck! 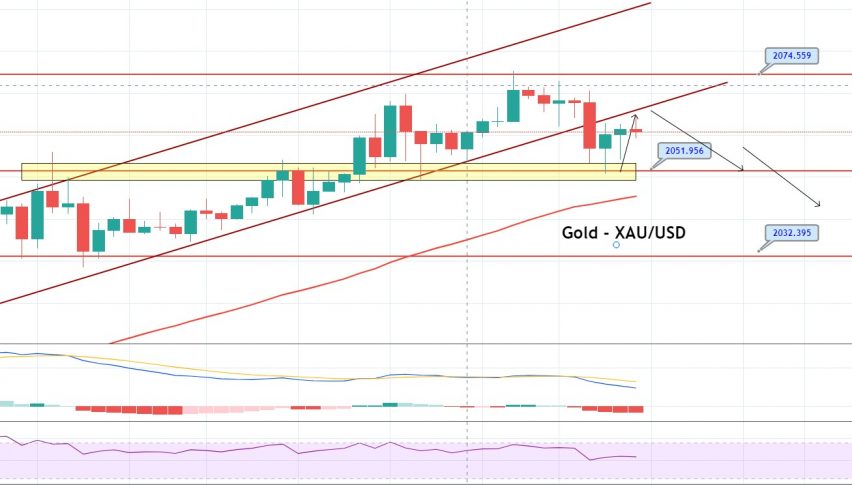