Daily Brief, July 13 – Everything You Need to Know About Gold - Forex News by FX Leaders 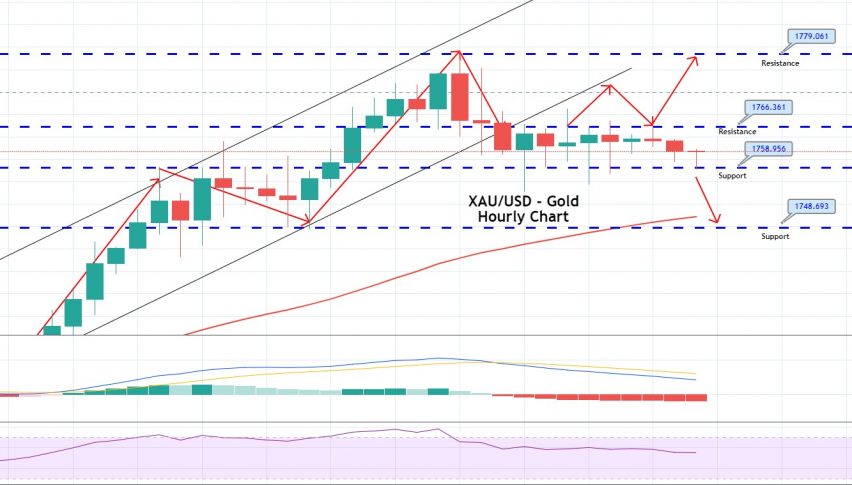 Daily Brief, July 13 – Everything You Need to Know About Gold

Good morning traders,
The yellow metal GOLD prices closed at $1,798.21, after placing a high of $1,810.48 and a low of $1,794.02. Overall the movement of gold remained bearish throughout the day. Gold followed its bearish move of the previous day and continued declining for the second day, due to stimulus measures to deal with the coronavirus pandemic and a continuous increase in new infections globally. However, on Friday, even the gold price fell, posting losses, but it posted gains for the 5th straight week, hovering above the $1,800 level. This was because of the record increase in coronavirus infections in the US, which raised the demand for the safe-haven commodity.

About 65,000 new cases were confirmed in the United States, just on Thursday, making it the largest one-day increase in any country since the pandemic started. The equity traders were nervous, due to the continuous increase in the number of cases emerging throughout the nation.

The price of the safe-haven metal has risen by about 19% so far this year, prompted by massive stimulus measures by central banks and governments, in order to support the economy through the coronavirus crisis.

On Friday, the Federal Reserve said that it had purchased $1.8 Billion in corporate bonds in June, as part of its effort to keep US interest rates low and ensure that large companies could borrow by selling bonds. The Fed has bought bonds issued by several hundred large companies, including AT&T, Pepsi Co, and Berkshire Hathaway.

The purchases were made to keep interest rates on corporate bonds from increasing, which would make it harder for companies to borrow by selling debts. Fed has also purchased nearly $8 Billion in pools of bonds held in exchange-traded funds that operate just like mutual funds.

A Fed official announced this week that if the market remained relatively healthy, the central bank would slow down its bond-buying. This has already started, based on the better economic data released recently.

The US Federal Reserve’s holding of bonds and other assets contracted for a fourth straight week, decreasing below $7 trillion. According to central banks, the size of the Fed’s total balance sheet declined by about $88 billion, to $6.97 trillion on Thursday. The drop this week, from $7.06 trillion last week to $6.97, is the most significant weekly drop in 11 years.

The primary driver for the decline in the balance sheet was the outstanding repurchase agreements (repos), which fell to zero from $51.2 billion a week earlier.

On the other hand, Gilead Sciences announced on Friday that its antiviral drug Remdesivir reduced the risk of death for severely sick coronavirus patients by 62%; however, more research was needed. This positive news weighed on the safe-haven yellow metal, dragging its price.

The tensions have taken a back seat on the US-China front for now, but that could end next week. The US is expected to make an announcement about the South China Sea, which could create more tension between the US & the dragon nation, lending support to gold prices.

GOLD may find an immediate resistance at around 1,806, with the support level remaining at 1,795. Below this, the next support level remains stable at 1,787 today, while a bullish breakout on the 1,806 level could extend buying until the 1,809 level. The bullish bias seems solid. Good luck fellas, and stay tuned for trading signals.