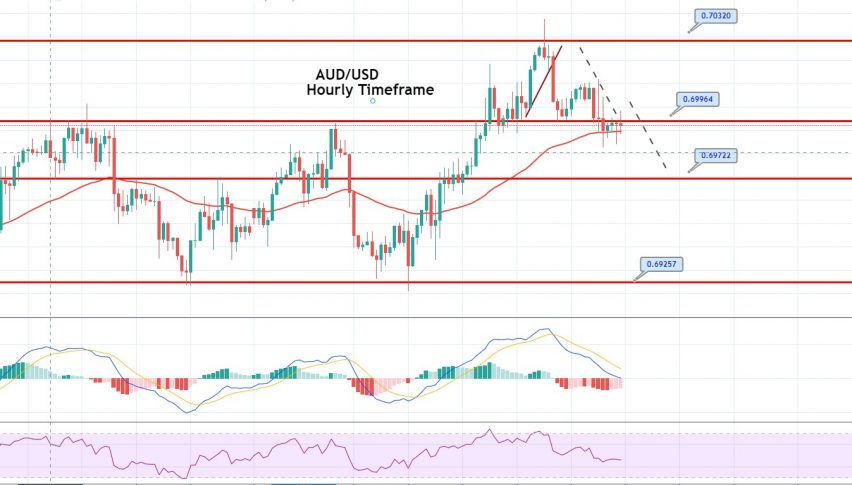 The risk-on market sentiment recently got support from hopes of a successful coronavirus vaccine, which was confirmed by the upbeat signals from Moderna and US President Donald Trump’s comments on the COVID-19 vaccine. It should be noted that Moderna’s potential vaccine for the prevention of Covid-19, which was first reported as appearing to be safe back in mid-May, offers hope about the success of the vaccine. Now, it has just been reported by CNBC to have produced neutralizing antibodies in all 45 patients who were tested in early-stage human trials. Meanwhile, President Trump also said that the vaccine would be available for use in record-breaking time. This positive news gave the Aussie pair its most recent push.

As a result, the broad-based US dollar reported losses on the day, possibly due to the upbeat trading sentiment, which was backed by multiple factors. However, the losses for the greenback could be short-lived or temporary, due to the second wave of the coronavirus, which is constantly picking up pace in the US. However, the losses in the US dollar supported the currency pair gains. Meanwhile, the US Dollar Index, which tracks the greenback against a basket of other currencies, dropped by 0.11% to 96.073, by 9:50 PM ET (2:50 AM GMT).

Talking about the tense relations among the world’s top two economies, the US and China, US President Donald Trump signed a bill sanctioning Chinese officials, in response to Beijing’s national security laws in Hong Kong. They issued an executive order that ended preferential treatment for Hong Kong, which initially challenged the risk-on market sentiment. In his on-going Rose Garden press conference, the Republican leader recently criticized China for its Hong Kong security laws, stating that he held China responsible for the pandemic (COVID-19).

In the meantime, Trump said that he had convinced many countries not to use Huawei, and he also added that “We can impose further massive tariffs on China if we desire.” These statements by the US president could further fuel tensions between China and the US, and weigh on the AUD/USD currency pair.

On the other hand, the Aussie traders did not pay any major heed to weak Aussie data. Australia’s consumer confidence index, which was announced by Westpac, fell to -6.1% in July, an almost complete reversal of the 6.1% rise seen in June, from May’s figure of 6.3%. Consumer confidence in the Australian economy has been shaken by the rise in the number of coronavirus cases in Australia.

The market traders are waiting on the US Economic Docket, which will show the release of the Empire State Manufacturing Index and Industrial Production figures. The market traders will also keep their eyes on the USD price dynamics and the coronavirus headlines, which could represent a key role in influencing the intraday momentum. At the same time, the updates concerning China-US relations are unlikely to lose significance.

The AUD/USD pair is trading sideways at around the 0.7010 to 0.6990 level. The closing of Doji candles suggests chances of a selling bias for the pair, which could lead to a bearish correction until the 0.6970 level, while a continuation of the bullish trend could lead the AUD/USD prices towards the 0.7035 mark. Consider taking a sell trade below 0.6986 and a buying trade over the 0.7010 level today. Good luck!

Bitcoin Plunges Over 9% - A Quick Technical Outlook!
3 days ago
Comments