Daily Brief July 20 – Everything You Need to Know About Gold on Monday!  - Forex News by FX Leaders 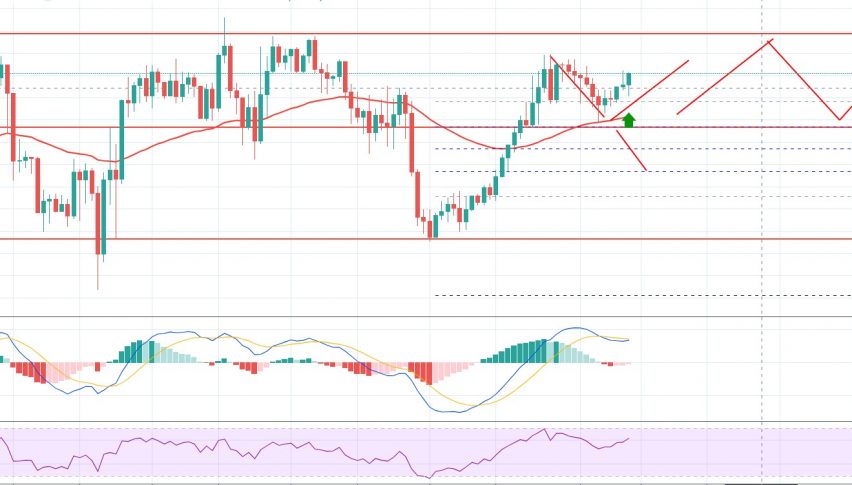 Daily Brief July 20 – Everything You Need to Know About Gold on Monday!

Welcome back to another exciting week. The precious metal gold closed at 1,809.48, after placing a high of 1,811.85 and a low of 1,795.68. Overall, the movement of gold remained bullish throughout the day. Gold prices edged higher on Friday, posting gains for the 6th consecutive week, as uncertainty about an economic recovery emerged after a record-breaking rise in the number of coronavirus cases in the United States. The United States reported almost 77,000 new cases on Thursday, with global cases crossing the 13.84 Million mark, which raised economic recovery concerns and called for the safe-haven demand that helped gold to rise on Friday.

Gold ended the week on a positive note, as in the absence of any significant vaccine, the number of emerging coronavirus cases in the US and worldwide increased day by day, boosting the uncertainty. The sharp rise in the bank’s stimulus packages across the globe, to shield economies from the fallout caused by the pandemic, has raised gold prices by almost 19.3% so far this year. According to Johns Hopkins University, the US reported 71,558 new COVID-19 cases on Saturday, making it the second day in a row on which they posted more than 70,000 cases. The average daily rise in cases increased by 18.34%, compared to the previous week. The US leads the world in reported cases, with a total of 3.66 million since the pandemic started. The total deaths reported from the US, as a result of the virus, amount to 139,480. Overall, 19 states in the US have hit their record highs in the average number of new cases per day, and all 50 states have reported a rise in the number of cases.

The hospitalization rate in all US states has increased, and Florida and Texas both reported more than 10,000 new cases on Saturday. These two states are now considered to be major centers of the coronavirus outbreak in the US. The surge in the virus has been reported since the states started reopening their economies. The US lawmakers were urged to reconsider the reopening of the economy and were pushed to go for a partial economic lockdown. A survey from Post-ABC News Poll reported that a growing number of Americans did not like the way the Trump administration was handling the pandemic – almost 60% disapproved while only 38% approved. A study from South Korea revealed that, although children under 10 were less likely to spread the virus, those between 10 and 19 could spread the virus to adults, and thus, the reopening of classrooms in much of the US was too risky. This study came after the US began urging its states to reopen schools by this fall.

However, there were also reports on the weekend that Trump’s administration was trying to block billions of dollars for the states to conduct testing and contact tracing, in an upcoming coronavirus relief fund. Reports also suggested that Trump’s administration was blocking an amount of 5 billion dollars, that GOP senators wanted to allocate to the Centers for Disease Control and Prevention. All these reports increased the uncertainty surrounding the pandemic and its spread, and economic recovery after it subsides, and all of this helped gold to raise the bars in the market.

However, with the increasing number of coronavirus cases and deaths across the country, President Trump dismissed the concerns about the virus spike, saying that many of the reported cases should not even be included in the numbers reported. Trump said that many of those cases were young people, and they would heal in a day. Trump’s comments came after another week of grim data highlighted the uncontrolled spread of the virus. Meanwhile, the nation’s top infectious disease expert, Dr. Anthony Fauci, said that young people might not think that they were vulnerable. He said that this type of thinking was understandable and innocent, but not correct, and that they should follow the precautions so that they are not responsible for infecting people who are vulnerable. In response, Trump said that he had a very good relationship with Dr. Fauci, even though he views Fauci as a bit of an alarmist.

On the other hand, tensions between China and the US also prompted people to invest more in gold, rather than in stocks, on Friday. The recent news about the Trump administration’s possible ban of official members of the Chinese Communist Party’s from traveling to the US, gave gold prices a push, as investors considered this to be a reason for the hike in the ongoing tussle between the two nations.

Furthermore, the New York Federal Reserve President, John Williams, said that it could take a few years for the US economy to recover, and it was not yet the time to think about increasing interest rates. The fact that there are no hopes for a rise in interest rates also added to the prices of gold.

On the data front, the macroeconomic data from the US also supported gold prices on Friday, after the poorer-than-expected data was released. At 17:30 GMT, the Building Permits dropped to 1.24M from the expected 1.30M, weighing on the US dollar. The Prelim UoM Consumer Sentiment for July dropped to 73.2, from the 79.0 that was forecast, also weighing on the US dollar. On Friday, the weak US dollar gave a push to the yellow metal prices, which were already increasing.

Bitcoin Plunges Over 9% - A Quick Technical Outlook!
2 hours ago

List of US Companies Releasing Earnings (EPS) Today
4 hours ago

Daily Brief, November 26 - Everything You Need to Know About Gold Today!
4 hours ago
Comments