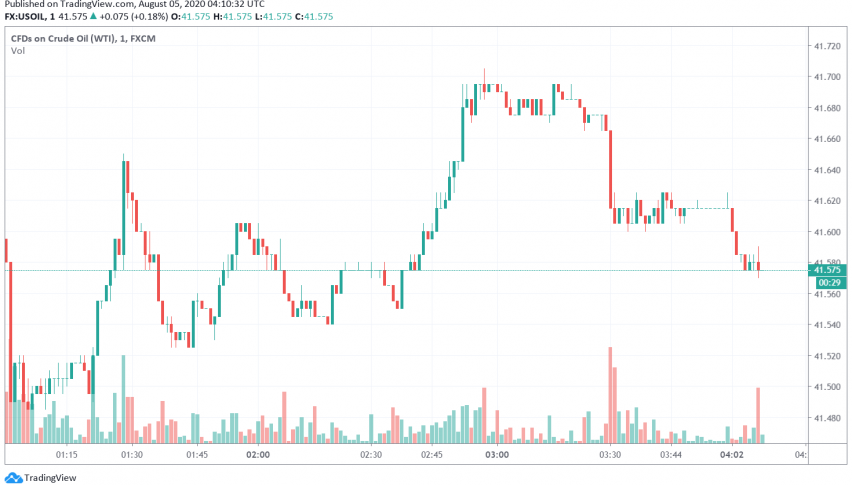 WTI crude oil prices have weakened for the first time this week early on Wednesday as traders focus on the rise in the number of coronavirus infections in the US and the rest of the world, and how this would impact oil demand in the near future. At the time of writing, WTI crude oil is trading at around $41.57 per barrel.

A continued increase in the number of cases and death toll have prompted several states in the US to call off or restrain their plans to reopen their economies after the lockdowns. With lockdowns set to continue in some parts if the country and other parts of the world, it is unlikely that oil demand could recover anytime soon, which is driving prices lower.

Other encouraging news like better than expected factory activity data from the US and other parts of the world also failed to support crude oil prices. While growth in manufacturing activity could spur oil demand, markets focus on worries of resurgence in cases which could drive countries to reimpose lockdown measures, denting oil demand all over again.