Daily Brief, August 10 – Everything you Need to Know About Gold Today!  - Forex News by FX Leaders 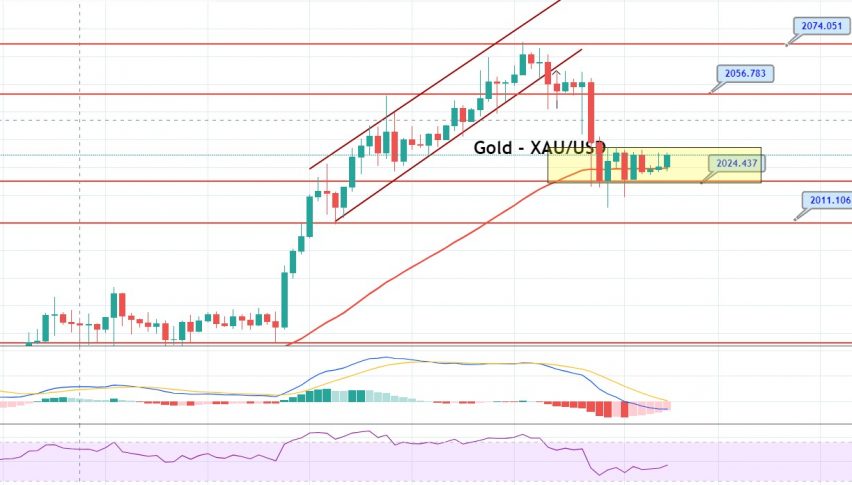 Daily Brief, August 10 – Everything you Need to Know About Gold Today!

GOLD prices closed at 2,034.55, after placing a high of 2,078.20 and a low of 2,015.27. Overall, the movement of gold remained bearish throughout the day. After posting gains for 5 consecutive days, gold prices reversed and fell on Friday, amid strong US job data and massive profit-taking. The 2% decline in gold prices on Friday was the biggest in two months, as the dollar rebounded on better-than-expected US job figures in July. However, the yellow metal remained above 2,000 throughout the day, indicating that the setback in gold prices might be temporary.

The US Dollar Index rebounded back to over 93.5, pushing the greenback 0.8% higher. This rise in the USD was the biggest in a day since March. The US Labor Department reported on Friday, that it had created 1.8 Million jobs in July, which was lower than the 4.8 Million jobs created in June. This was as a result of the new wave of coronavirus infections, which hampered the labor market’s recovery from the pandemic. COVID-19 has already infected more than 4.9 million Americans, and the death toll has risen above 160,000.

A model from the University of Washington has predicted 200,000 coronavirus deaths in the United States by October 01, and this has raised doubts about US economic recovery.

The US dollar rebounded from a 2-year low, as President Donald Trump’s decision to ban US transactions with two popular Chinese apps weighed on the risk sentiment. On many occasions, the US currency has been preferred as a refuge during the flare-ups between Washington and Beijing.

After the latest decision by US President Donald Trump, American companies were officially banned from dealing with the video streaming app TikTok, and the social messaging app WeChat. These actions were taken, as both companies bear widespread fears of violations of data privacy. This move has raised fears of an escalation between the world’s top two economies, and as a consequence, losses in gold prices have been kept in check.

Furthermore, the US-China tensions escalated after the US Treasury imposed sanctions on Hong Kong chief Carrie Lam, and ten other top officials from Hong Kong and mainland China. On the data front, the Average Hourly Earnings for July rose to 0.2%, from the expected -0.5%, lending support to the US dollar, and ultimately dragging the gold prices to the downside. At 17:30 GMT, the release of Unemployment Rate figures from the US for July showed a drop to 10.2% compared to the predicted 10.5%, supporting the US dollar and weighing on gold prices.

The drop in the gold price was not only because of the strong US job data – it could also be associated with technical correction and profit-taking. The gold prices have surged about 35% this year, amid rising numbers of COVID-19 cases, which have destroyed the economies and increased the need for unprecedented global stimulus measures. Some analysts believe that the reverse in gold prices at this level was much needed.

On the vaccine front, Russia is all set to register the world’s first COVID-19 vaccine next week, amid the rising numbers of coronavirus cases worldwide. The third phase trials of the vaccine from Russia, which was developed jointly by the Russian Defense Ministry and the Gamaleya Research Institute, are currently in progress, and it will be registered on August 12. This has also given the risk sentiment sustained support, adding to the losses in the gold prices on the last day of the week.