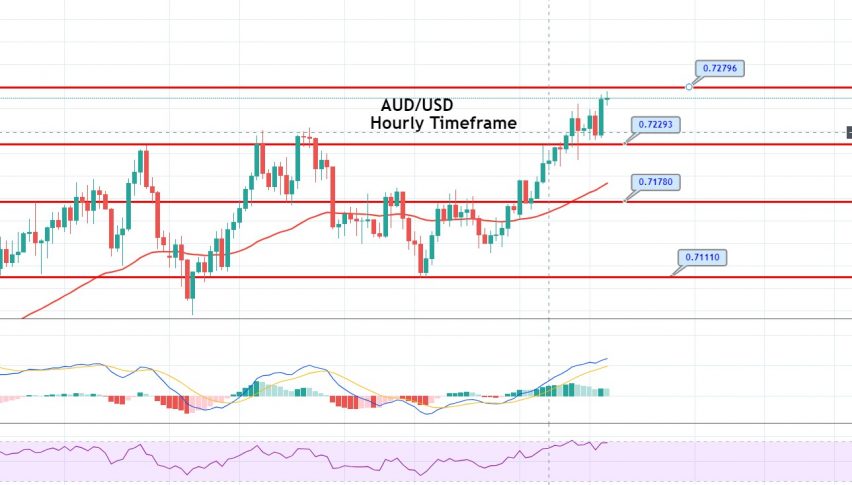 The AUD/USD pair closed at 0.72426 after, a high of 0.72643 and a low of 0.72086. Overall, the movement of the AUD/USD pair remained bullish throughout the day. The AUD/USD pair extended its gains, rising for the third consecutive day on Tuesday, as Australia’s central bank does not see any need to ease the policy further.

The Reserve Bank of Australia held its cash rates at a record low of 0.25% in August, after cutting them in March. In its August policy meeting, the bank said that the existing measures were working broadly, as expected, with an economic recovery underway in most of the country.
The minutes of the August policy meeting, held on August 4, revealed that the recovery was slower than earlier projections expected, because of the coronavirus outbreak in the state of Victoria, as this had a major impact on the economy.

Meanwhile, the Governor of the RBA, Philip Lowe, said that there was a need for greater fiscal spending, to revive Australia’s ailing economy, as there were limits to what monetary policy could do. Members of the RBA considered fiscal and monetary support necessary, to support the labor market, as the unemployment rate was at a 22-year high, and wage growth was at an all-time low.

The minutes revealed that almost 30% of Australia’s working-age population was relying on the government’s COVID-19-related welfare payments.
The RBA said that the net positive fiscal impact from the expected change in Australian government finances was equivalent to around 4% of the GDP in 2019-20, and 5% in 2020-21. The AUD/USD pair continued to post gains, after the release of the minutes, reaching a level of above 0.72500.

Furthermore, the weakness of the broad-based US dollar also added to the gains of the AUD/USD pair, as the delay in the next US stimulus aid package was weighing on the local currency. The US Dollar Index fell to a 2-year low, close to 92.2, and the US Treasury yields also slumped, weighing heavily on the US dollar.

The weak US dollar then added strength to the AUD/USD pair, supporting the bullish movement on Tuesday. However, in the late American session, the pair lost some of its early gains of the day, because of the positive US data.

The Building Permits from the US in July rose to 1.50M, compared to the expected 1.33M, lending support to the US dollar. The Housing Starts also rose to 1.50M, in contrast to the anticipated 1.23M, pushing the US dollar higher, and weighing on the AUD/USD pair, which lost some of its early gains of the day as a result. 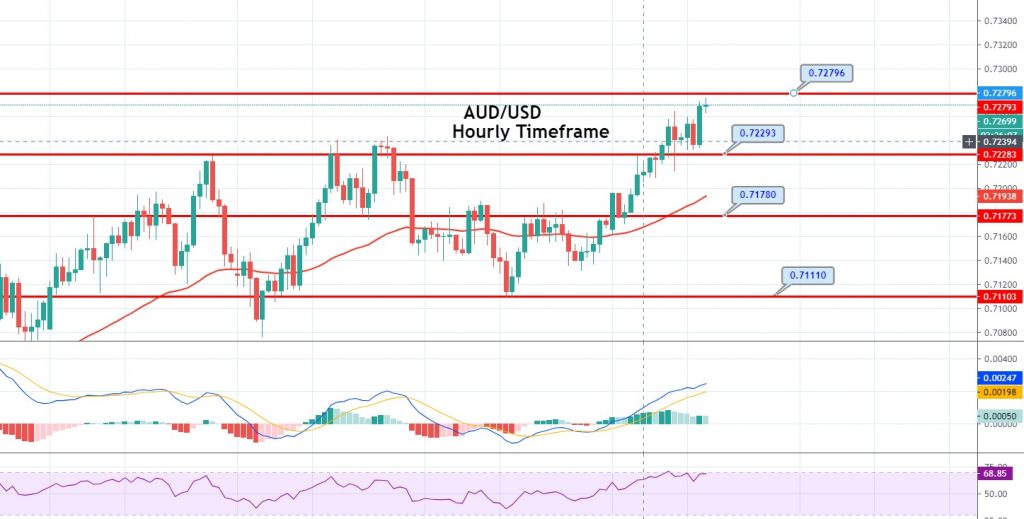 The AUD/USD pair continues to trade sideways, within a narrow trading range of 0.7257 – 0.7230. The buying and selling opportunities can be seen within this range, but when the minutes of the FOMC meeting are released, the AUD/USD could exhibit either a bearish or a bullish breakout. On the higher side, the next resistance could be found at around 0.7280, while support holds at 0.7210. Good luck!