Daily Brief, Sept 01 – Everything You Need to Know About Gold Today!  - Forex News by FX Leaders 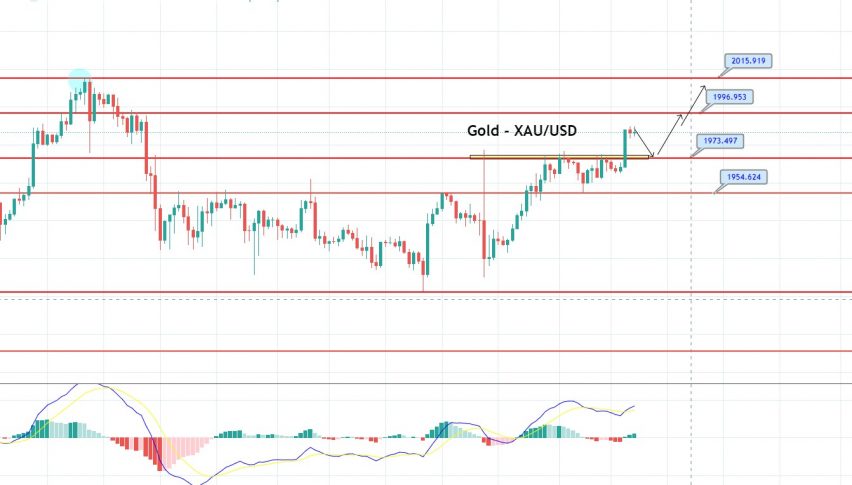 Daily Brief, Sept 01 – Everything You Need to Know About Gold Today!

Gold prices closed at 1,967.19, after placing a high of 1,976.58 and a low of 1,954.30. Overall, the movement of gold remained flat, yet slightly bullish on Tuesday. After rising for the previous four months, prices for the precious metal posted losses in August, while on Monday, it managed to post slight gains, but remained flat throughout the day. The rise in gold prices was due to the US dollar falling to a 2-year low, due to a dovish policy shift by the US Federal Reserve. The US bond yields slumped on Monday, weighing on the US Dollar Index, which measures the greenback’s value against six major currencies. The 10-year US Treasury note posted a loss of more than 4% on Monday.

On Friday, the White House Chief of staff, Mark Meadows, said that US President Donald Trump was ready to sign the 1.3 trillion dollar stimulus relief package. However, the Speaker of the Democratic House of Representatives, Nancy Pelosi, said that the sum was not enough to meet the American people’s needs.

The new figure that was put forward by Meadows was $ 300 billion more than the initial $ 1 trillion offer by White House and Senate Republicans. But, the opposition democratic speaker, Pelosi, repeated her calls for a $ 2.2 trillion relief bill, as Meadows’ offer was insufficient to meet the needs of American families and workers.

US President Donald Trump said that Pelosi was only interested in bailing out states run by Democrats. This raised doubts over the chances of reviving stalled talks for the next stimulus package and weighed on the market sentiment. It also kept the gold prices on the upbeat track on Monday.

Meanwhile, the tensions between the US and China have pushed US-listed Chinese tech firms to move towards the Hong Kong Exchange. This came after the news that the US was preparing to release rules that could prevent foreign companies from listing on the American exchange and force existing ones to delist if they fail to adhere to US audits and regulation standards.

The Alibaba affiliate, Ant Group, which is considered one of the most highly anticipated initial public offerings, is preparing for a dual listing in Shanghai and Hong Kong. This raised concerns of an escalation in the dispute between the two countries, favoring gold prices on Monday.

Furthermore, on Monday, the Fed Vice Chair, Richard Clarida, said that with a new policy framework in place, the Federal Reserve would debate possible subsequent steps in the US central bank’s fight against the economic fallout, which was caused by the coronavirus pandemic.

These steps are expected to include possible promises made by the FED to link interest rate decisions directly to a full employment return. Possible expansion in monthly asset purchases, in order to further boost the economy, could also be included.

Clarida’s comments failed to give the gold prices any specific momentum, and the yellow metal remained in a tight range on Monday. Moreover, Phase 3 trials of the much-awaited Oxford COVID-19 vaccine will begin in the United States on Tuesday. The beginning of the trials came in after Trump’s push to fast-track the development of a vaccine. This raised the risk sentiment and weighed on the rising gold prices.

Gold trading is sharply bullish, ahead of NFP data, which is due by the end of the week. A negative data sentiment is driving this bullish bias in the precious metal, leading its prices higher, towards the 1,989 level. A bullish crossover at the 1,989 level could lead GOLD prices towards 2,009 today. On the lower side, support remains at the 1,976 level today, and the bullish bias remains dominant. Good luck!