Daily Brief, Sept 02 – Everything You Need to Know About Gold Today!  - Forex News by FX Leaders 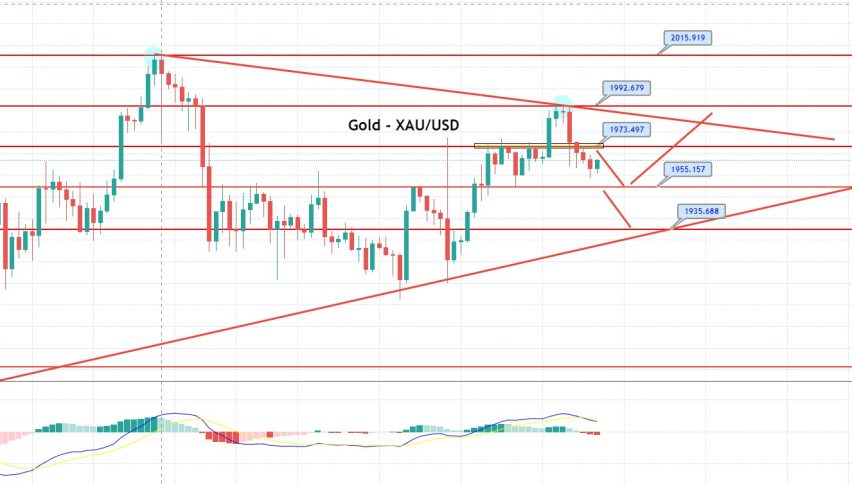 Daily Brief, Sept 02 – Everything You Need to Know About Gold Today!

The GOLD prices closed at 1,970.07, after placing a high of 1,992.37 and a low of 1,963.13. Overall, the movement of gold remained flat, yet bullish, throughout the day. The price of the yellow metal rose above the 1,990 level, almost reaching its highest level in nine days on Tuesday, amid the heavy selling of the US dollar. The continuous decline in gold prices resulted from the expectations of a low interest-rate environment for an extended period, after the speech by Federal Reserve Chairman Jerome Powell.

Gold has finally crossed the resistance level of 1,977, which it has been trying to break for eight days, and now it looks like it is going to reconquer the $ 2,000 threshold. Another factor included in the gains in the gold prices was Wall Street’s weak performance in the Asian equities, that were followed by the softer close on the previous day. The risk sentiment was depressed by the continuously rising number of coronavirus cases globally, with the total number of worldwide cases exceeding the 25 million mark.

In the United States, the number of cases reached 6 million on Wednesday. On Sunday, India reported a huge jump of 78,761in coronavirus infections, which is the biggest single-day increase so far. Spain is recording more than 8,000 cases daily. Meanwhile, Russia became the fourth country to surpass 1 million cases of COVID-19, after the US, Brazil, and India. The Scottish government announced that quarantine restrictions would be imposed on people traveling from Greece to Scotland, due to the emerging numbers of coronavirus cases.

The ongoing risk-favored market sentiment faded a little, after the rising number of coronavirus cases from all over the world raised fears of the second wave, which called for restrictions. This helped the yellow metal to post gains on Tuesday.

On the data front, at 18:45 GMT, the Final Manufacturing PMI for August declined to 53.1, against the expected 553.6, weighing on the US dollar, and boosting the gains in gold. At 19:00 GMT, the highly awaited ISM Manufacturing PMI for August showed an expansion in the industry, by 56.0, against the anticipated 54.6, lending support to the US dollar.

In July, the Construction Spending also declined to 0.1%, compared to the anticipated 1.0%, and weighed on the US dollar, adding further to the gains in gold.

Furthermore, Federal Reserve Open Market Committee member, Lael Brainard, said on Tuesday, that the Fed would need to roll out new efforts in the coming days, in order to help the economy fight and win against the coronavirus pandemic. The efforts would have to live up to the new promises of stronger job growth and higher inflation, that were made by the Fed.

Brainard suggested a more aggressive approach if they were to achieve these goals, and she said that the Fed would need to be vigilant and use all the tools at its disposal to prevent asset volatility from disrupting the recovery. She also said that, with interest rates at a lower level, the fed would presumably accomplish higher inflation and full employment, by purchasing more assets, like US Treasuries and privately-held bonds. These comments also helped gold prices to gain traction and post gains on Tuesday.

On the other hand, the US-China tensions increased after new Chinese government restrictions were imposed in terms of tech exports. Beijing issued a new restriction or ban on tech exports, that will require companies to seek government approval. This process can take up to 30 days.

Beijing’s move is considered to be linked with the sale order issued by Trump to the TikTok Company, in which he gave them 90 days to sell up or face a shutdown. These rules had not been updated since 2008, and it is now believed that they were updated to delay the sale of TikTok to US buyers. The increased tensions between the US and China increased the safe-haven appeal and helped the safe-haven metal to post gains.