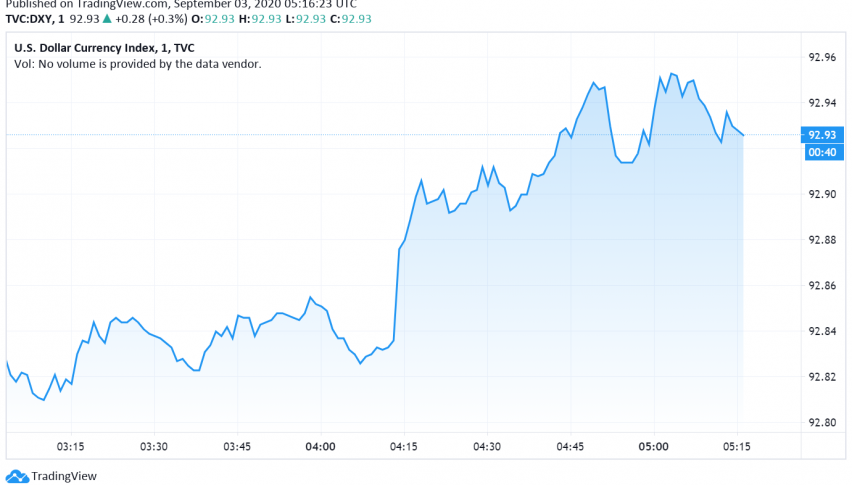 US Dollar Steady Ahead of Key Data Releases

On Thursday, the US dollar is trading steady and holding on to its gains from the previous session, helping it strengthen by around 1% from the multi-month low it touched on Tuesday. At the time of writing, the US dollar index DXY is trading around 92.93.

The dollar gained as investors moved away from the Euro after the ECB hinted at possible intervention on the rise of the common currency. On Tuesday, the European Central Bank’s chief economist, Philip Lane, stated that the EUR/USD rate affects the monetary policy, which could signal that the bank could step in and act against soon.

Commodity currencies like the AUD and NZD have also dipped slightly lower against the US dollar while the JPY is returning to normal levels as markets absorb the news about PM Shinzo Abe stepping down. Even the GBP has weakened slightly against the greenback but has picked up a bit from the previous session’s lows.

Later today, major forex pairs could see some movement on the release of PMI figures from Asia, Europe and the US, which would reveal the pace of economic recovery in the wake of the ongoing coronavirus crisis. Closing out this week will be the key NFP figures which will be in focus to drive significant moves in the US dollar.