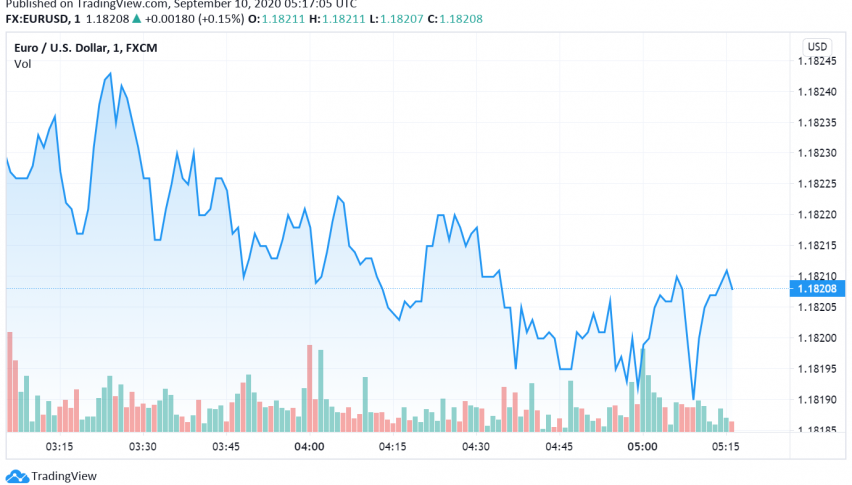 The Euro is trading strong and steady against the US dollar early on Thursday ahead of the ECB policy meeting, maintaining its recent gains as traders await updates from the meeting before making their next moves. At the time of writing, EUR/USD is trading at around 1.182.

Traders are expecting no change in the ECB’s monetary policy at this month’s meeting. However, any comments by the central bank’s president Christine Lagarde on steps to counter the Euro’s recent strengthening against the dollar could drive significant moves in the common currency.

Also of interest will be Lagarde’s take on inflation and the impact of the rising Euro on it. In recent times, the ECB has downplayed inflation as an issue, but with the Euro making gains against the dollar, it would be interesting to note if the central bank changes its mind about inflation.

During the previous session, EUR/USD turned bullish after a report on Bloomberg hinted at growing confidence among the central bank’s officials about economic recovery in the EU region. Since its lows in June, EUR/USD has gained nearly 6% in recent weeks, driven by a weakness in the dollar after the Fed announced a more dovish than expected shift in its strategy going forward.

Forex Signals Brief for Nov 26: ECB in Focus
22 hours ago
ECB de Guindos Not Very Convincing on the Next Stimulus Package
The ECB is getting ready for more stimulus, but we will see how big the second PEPP programme will be
1 day ago