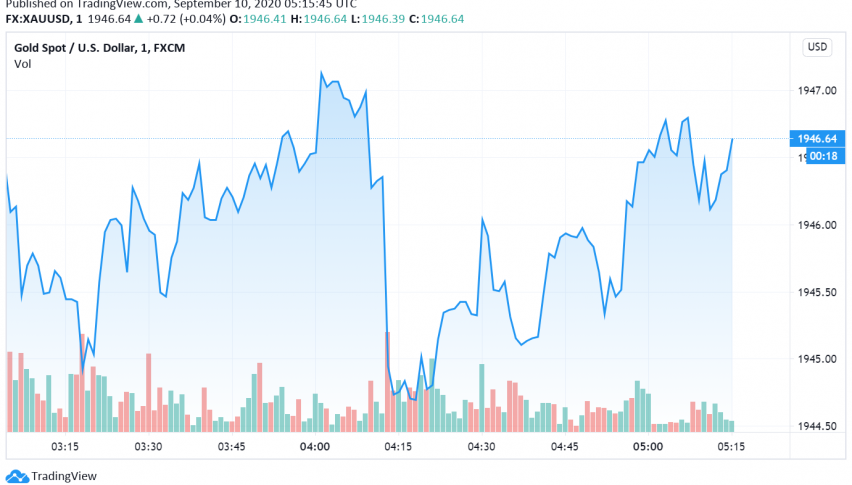 Gold prices are trading unchanged on Thursday, holding close to the highest level in a week, ahead of the upcoming ECB policy meeting scheduled to take place later in the day. At the time of writing, GOLD is trading at a little above $1,946.

The ECB is widely expected to keep its monetary policy unchanged after rolling out massive stimulus efforts earlier to combat the economic fallout from the coronavirus pandemic. However, the central bank will release its projections for growth and inflation, which could drive some moves in gold later during the day.

Gold received a boost after the US dollar weakened against its major peers, helping the yellow metal become more affordable for holders of other currencies. However, gains remained limited after the risk sentiment in markets improved and US stock markets turned upbeat after sliding lower for three consecutive days.

Gold has been trading strong since the beginning of the pandemic on account of its severe impact on the global economy. With cases continuing to climb higher, hopes for a rapid economic recovery have been dashed, supporting the safe haven appeal of the precious metal.