Daily Brief, Sept 14 – Everything You Need to Know About Gold Today!  - Forex News by FX Leaders 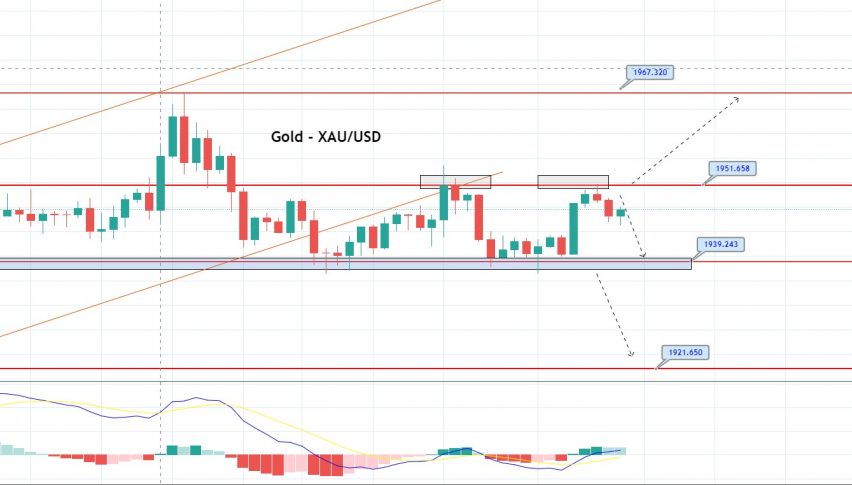 Daily Brief, Sept 14 – Everything You Need to Know About Gold Today!

Prices for the yellow metal GOLD closed at 1,939.64, after placing a high of 1,954.68, and a low of 1,937.18. Overall, the movement of gold remained bearish throughout the day. On Friday, gold prices dipped after the European Central Bank stopped offering any concrete signals on further stimuli. However, the lingering economic uncertainties have kept the metal on track for a weekly rise.

The European Central Bank did not address the stronger euro; neither did it develop any stimulus plans that will keep the inflation in the Eurozone in check, and that kept the gold prices under pressure. The concerns about a higher euro and hopes for more stimulus to keep the price of the euro under control were played down by the President of the European Central Bank, Christine Lagarde, and this weighed on gold prices.

On the US front, the US Senate has blocked the latest bill by the Republicans, that would have provided around $ 300 billion in coronavirus aid, weighing on the precious metal prices on Friday. The developments in the COVID-19 vaccine, along with the improving data, weighed on the gold prices. On the other hand, the low and negative interest rates, the weaker US dollar and expectations of further stimulus packages from central banks, kept the demand for gold up.

According to recent data, the economy of the United Kingdom grew for a third consecutive month in July, as some sectors were re-opened after the coronavirus lockdown; however, the level is still 12% lower than the pre-pandemic levels. The improving economies raised hopes for economic recovery, and weighed on the prices for the precious metal, gold.

Meanwhile, the losses in gold were capped by many factors, including the resurgence of new coronavirus cases all over the world, which has forced multiple nations to re-impose restrictions. France reported 10,651 new cases on Saturday, which was 1,000 more than Friday’s figures. India’s biggest and richest state, Maharashtra, recorded its millionth coronavirus infection on Friday. In England, the latest restrictions, banning social gatherings of more than six people, has been implemented. All these developments kept the losses in the gold prices under control on Friday.

The precious metal GOLD is trading at the 1,947 level, facing immediate resistance at 1,950. In the 4-hour timeframe, GOLD has formed a double top pattern that is likely to push gold prices lower, until 1,942. Overall, trading in gold is choppy, between the 1,950 and 1,942 levels; however, the violation of this range may drive further moves. On the higher side, resistance remains at 1,958 and 1,966, while support remains at the 1,937 level. Good luck!