Daily Brief, Sept 25 – Everything You Need to Know About Gold on Friday! - Forex News by FX Leaders 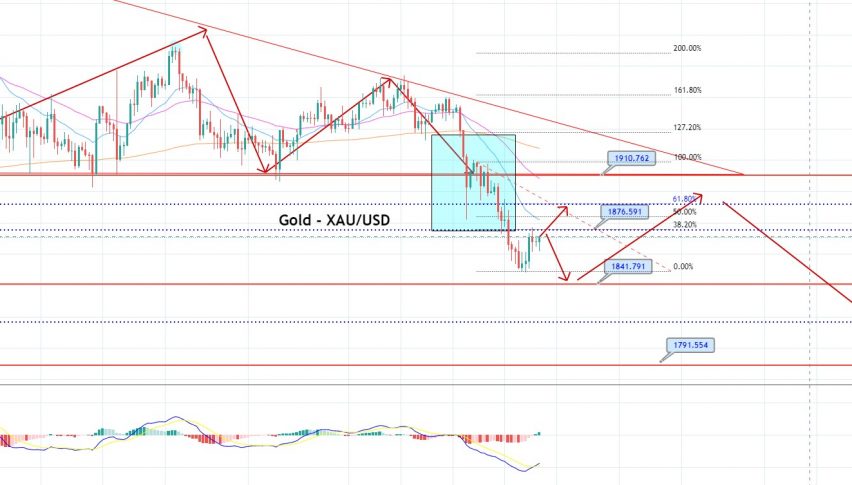 Daily Brief, Sept 25 – Everything You Need to Know About Gold on Friday!

Happy Friday traders,
Prices for the precious metal GOLD closed at 1,867.55, after placing a high of 1,877.03, and a low of 1,848.74. Overall, the movement of gold remained bullish throughout the day. Prices for the precious metal surged, posting gains on Thursday, after having posted losses for three consecutive days. In the first session of the day, gold prices declined to the lowest level since Jul 22; however, the prices reversed and started to rise again in the second half of the day.

The strengthening of the US dollar, due to the demand for its safe-haven status, as a result of the uncertainties surrounding further stimulus measures and rising numbers of coronavirus cases, along with the global economic recovery, weighed heavily on gold prices.

The yellow metal was trading below the 1,900 level on Thursday, as the renewed global concerns about the second wave of the coronavirus, especially in Europe, pushed the investors towards the US dollar. This investor behavior is normal, because the greenback gains traction in every global or European crisis, just like the current one.

The greenback’s position against its biggest rival, the Euro, was strengthened after a rapid increase in coronavirus infections in European countries. Despite the rising number of infections in America, the greenback remained strong, due to the recent decline in its rival currency, the Euro, on the back of the resurgence of COVID-19 cases and weak economic indicators in the Eurozone.

Furthermore, on Thursday, Federal Reserve Chairman Jerome Powell and US Treasury Secretary Steven Mnuchin, testified before the Senate Banking Committee. The two men met to discuss their agencies’ roles in handling the economic fallout caused by the coronavirus crisis.

Powell said that Congress’s failure to pass additional relief funds had added to the concerns about the slow economic growth. Meanwhile, Mnuchin urged Congress to ensure that a targeted relief fund is passed quickly, by focusing on the terms that both parties agree to. All these factors kept the US dollar high on the board, with the US Dollar Index (DXY) up to the highest level in two months.

On the data front, at 17:30 GMT, the Unemployment Claims figures for last week showed a rise to 870K, against the expected 845K, weighing on the US dollar. At 19:00 GMT, the New Home Sales for August revealed an advance to 1,011K, against the predicted 890K, lending support to the US dollar.

The positive US macroeconomic data added further strength to the US dollar, weighing heavily on gold prices. In the second half of the day, gold prices rose on the back of escalating US-China tensions, after major carmakers sued the US government over import taxes imposed on Chinese components. The two countires have both imposed border taxes on each other’s goods and services as part of an ongoing trade war, which affects many sectors, including the automobile industry.

Several lawsuits by many carmakers have been reported to have been filed against the US government in the past few days, at the Court of International trade. After the WTO, it was revealed that the US tariffs were inconsistent with the international laws. The rising US-China tensions and the escalated trade-war and its impact on the global economy raised the price of the yellow metal, due to its safe-haven status, and the gold price started to increase.

The bearish bias of GOLD seems to be fading, as traders have started doing profit-taking in the overbought zone at the 1,871 level. The closing of the Doji candle on the daily timeframe is likely to drive upward movement in the market until the 38.2% Fibonacci retracement level of 1,895. On the higher side, all eyes are focused on the 1,877 level, as this is a trendsetter for today; below this, the gold price could drop until the 1,858 and 1,846 levels. At the same time, the bullish crossover at the 1,877 level may lead gold price towards 1,895. Good luck!

MAs Keep the Downtrend Going in Gold
2 days ago