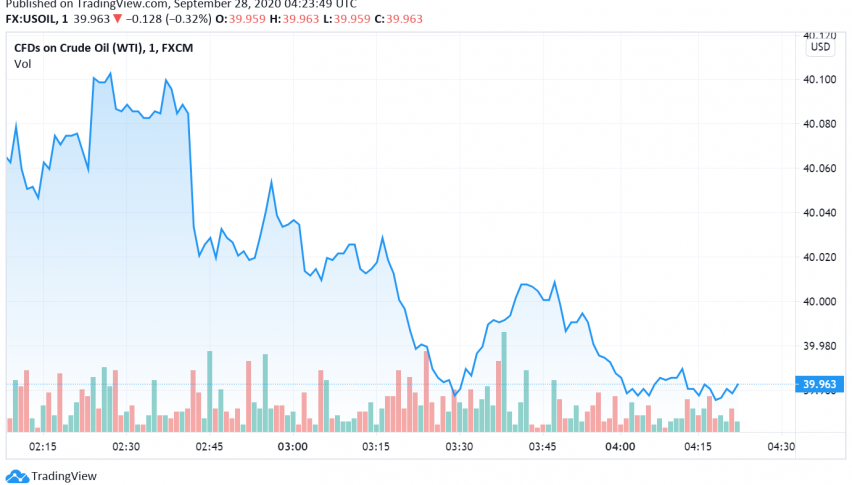 WTI crude oil continues to trade bearish over concerns about a rise in coronavirus cases around the world offsetting any hopes for economic recovery and oil demand. At the time of writing, WTI crude oil is trading at around $39.96 per barrel.

During the previous week, US oil prices fell by 2.1% as several European countries and Britain announced fresh restrictions to contain the resurgence in the number of cases. With this, WTI crude is set to post its first monthly loss since April while UK Brent is down for the first time in six months.

Crude oil is also weighed down by concerns about oversupply after Libya lifted its blockade and decided to resume oil production after several months. Meanwhile, despite the tighter curbs on crude production decided by OPEC and its allies, oil exports from Iran and Libya are still on the rise, flooding meets markets with more oil while demand stays weak.

Oil prices, however, gained some support over reports about an upcoming workers’ strike in Norway on September 30, which could take down 900k bpd of production. In addition, major clashes between Armenia and Azerbaijan are putting the South Caucuses pipelines’ oil and gas supply under threat.