Daily Brief, Oct 01 – Everything You Need to Learn About Gold Today! - Forex News by FX Leaders 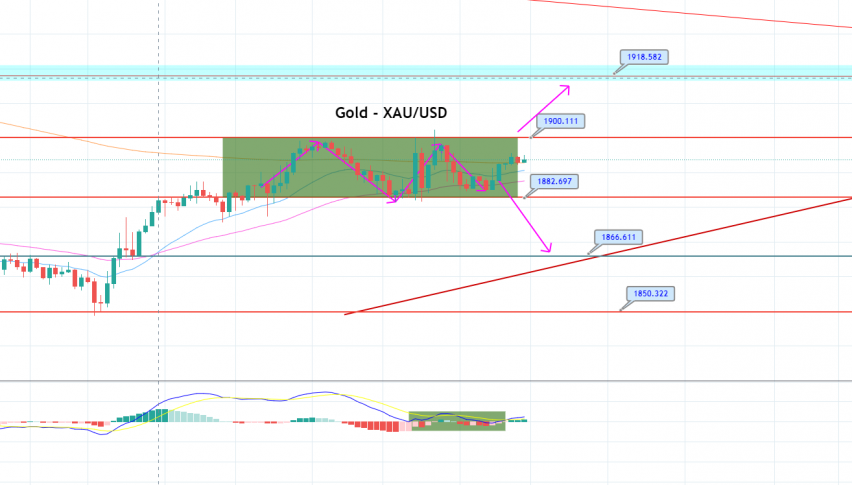 Daily Brief, Oct 01 – Everything You Need to Learn About Gold Today!

Good morning fellas,
Prices for the precious metal, gold, closed at 1,885.236, after placing a high of 1,902.21, and a low of 1,881.32. Overall, the movement of gold remained bearish throughout the day. Despite posting a daily loss on Wednesday, gold prices ended the third quarter of the year with gains of 4%. The US dollar regained its strength in the market, weighing on the prices of the yellow metal, but the US Dollar Index (DXY) was almost flat on Wednesday, at the 93.92 level. However, it managed to post gains of 2% in September. Overall, the US Dollar Index dropped by 3.5% in the 3rd quarter, helping gold to post gains for the same period.On Wednesday, the US dollar was steady, because of the failed US Presidential debate on Tuesday. The election candidates, Donald Trump and Joe Biden, took part in the first of three presidential debates on Tuesday. They discussed issues like Trump’s leadership, the coronavirus pandemic, taxes and the US economy, but the discussion ended in chaos, with neither of the candidates drawing any decisive advantage from the debate.The yellow metal, which was gaining ahead of the debate, suddenly dropped, posting losses on Wednesday after the debate ended.

Meanwhile, the hopes for the next round of US stimulus measures increased on Wednesday, after US House Speaker Nancy Pelosi said that a deal between the Democrats and the Republicans was possible by the end of this week. The optimism surrounding the US stimulus aid package was also raised after US Treasury Secretary Steven Mnuchin said on Wednesday that the White House would hold talks with opponent Democrats in Congress.

Moreover, the latest comments from the Governor of the Federal Reserve, Michelle Bowman, on Wednesday, also helped to improve the risk sentiment. She said that the economic recovery of the US from the coronavirus-induced recession was bumpy, as unemployment levels were still high and the need for further monetary stimulus and fiscal support still existed.

In the meantime, the President of the Federal Reserve Bank of Minneapolis, Neel Kashkari said that the grinding US economic recovery would continue, unless a dramatic change or breakthrough  in vaccine development or a dramatic change in the policy came sooner than expected. He said that the current system was fraught with large, unacceptable risks and that the economic recovery was comparable with a car that needed a new transmission.

On the data front, gold was declining, because of the improved risk sentiment from the upbeat Chinese economic data released earlier in the day. The Manufacturing PMI from China came in above 50, at 51.5, and revealed that the manufacturing sector in China expanded throughout September. Furthermore, the Non-Manufacturing PMI from China also rose above 50.0, to 55.9, in September, lending support to the optimism that economic recovery will be faster than expected.

The precious metal, gold, is trading at 1,892, and it has formed a series of sideways candles on the hourly timeframe, showing a trading range from 1,900 to 1,886. A bullish breakout at the 1,900 level could trigger buying until the 1,918, level, along with a support level of 1,863. Let’s keep an eye on the US Jobless Claims and Manufacturing PMI figures, in order to determine the further trend in the market. A bullish bias seems dominant today. Good luck!

UK's Economy to Experience Most Severe Contraction in Over 300 Years: OBR
3 days ago
Comments