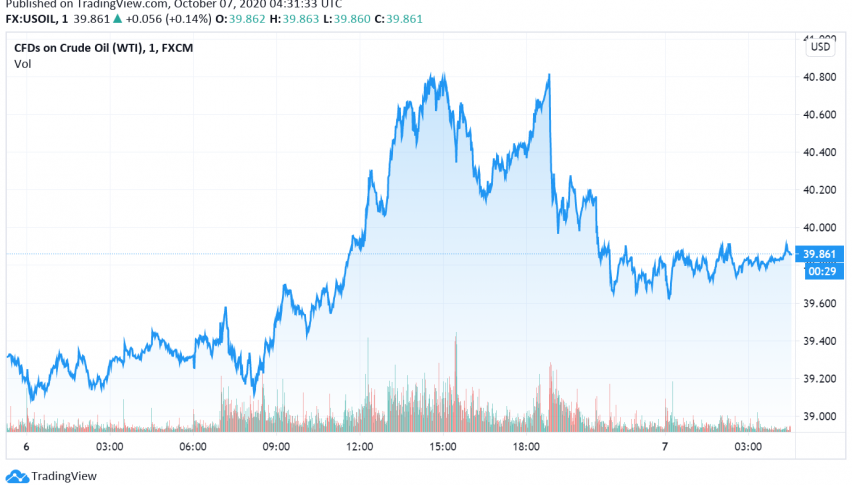 Early on Wednesday, WTI crude oil prices are sliding lower as the risk sentiment in markets was soured by reports of Trump cancelling talks with Democrats and delaying the next round of fiscal stimulus measures until after the presidential election. At the time of writing, WTI crude oil is trading at around $39.86 per barrel.

During the previous session, Trump abruptly called off discussions and announced that the next financial aid package will be rolled out only after the election on November 3. With coronavirus cases continuing to rise across the US, this news puts further strain on the economy and is keeping crude oil prices under pressure.

WTI crude oil also turned bearish following the release of the latest API report during the previous session. According to the API, crude inventories in the US increased by 951k barrels during the past week, adding to concerns about weak demand.

However, losses remain limited as the workers’ strike in Norway which has cut down the country’s oil output threatens to extend into October 10. In addition, oil companies operating in the Gulf of Mexico have to stop production again, this time due to Hurricane Delta, which could take down US oil production by 17%.

Arslan Butt // Index & Commodity Analyst
Arslan Butt is our Lead Commodities and Indices Analyst. Arslan is a professional market analyst and day trader. He holds an MBA in Behavioral Finance and is working towards his Ph.D. Before joining FX Leaders Arslan served as a senior analyst in a major brokerage firm. Arslan is also an experienced instructor and public speaker.
Related Articles
Crude Oil Extend Its Long Bullish Streak - Risk-On Sentiment In-Play
WTI crude oil prices registered fifth-day of winning streak and remained well bid near the multi-month highest level around above $46.00...
16 hours ago 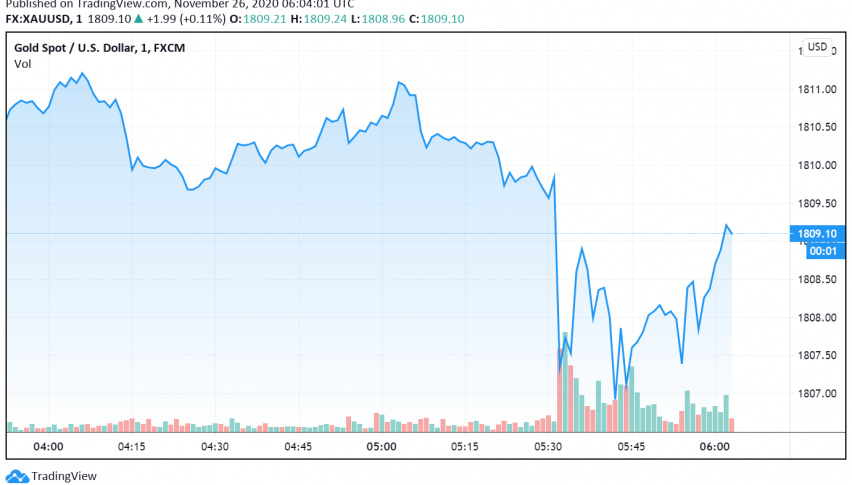 Rise in Cases, Weak Data From US Support Gold Prices
18 hours ago