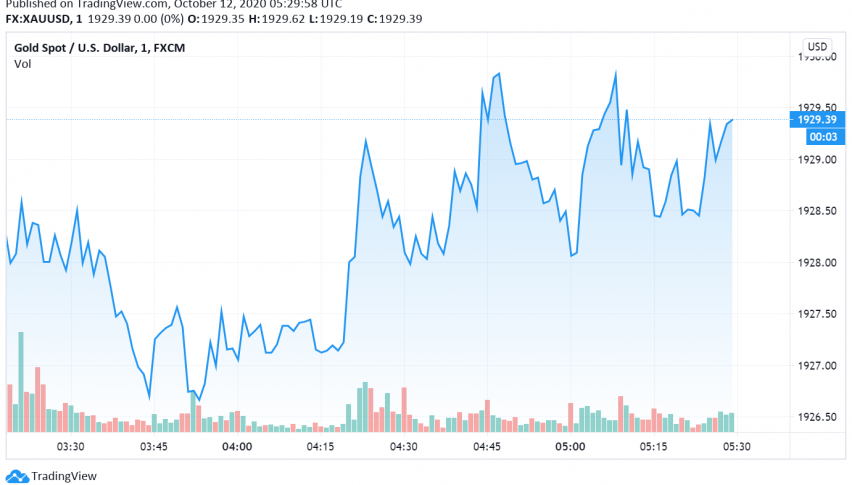 Early on Monday, gold is trading bearish, falling from a three-week high on account of a strengthening in the US dollar over lack of positive developments in talks towards the next round of fiscal stimulus in the US. At the time of writing, GOLD is trading at a little above $1,929.

The dollar made gains against most of its rivals as discussions between House Speaker Nancy Pelosi and Treasury Secretary Steven Mnuchin failed to make progress towards finalizing the coronavirus relief package, even as President Trump proposed a $1.8 trillion package instead. Gold, which shares a negative correlation with the dollar, slid lower as a result as a stronger dollar makes the yellow metal more expensive for holders of other currencies.

Meanwhile, gold also came under pressure after Trump announced that he had recovered completely from COVID-19, easing political uncertainties and weakening the precious metal’s safe haven appeal. In addition, optimism that Britain and the EU could finalize a trade deal this week has also pressured the safe haven prices for now.

Gold, however, enjoys support from reports that physical gold was sold at a premium during the previous week in India – the world’s second largest consumer of the metal. This was the first time since mid-August that gold was sold without discounts, and there is rising hope that the upcoming festival season in the country could spur demand which had weakened owing to a steep rise in prices over the past few months.