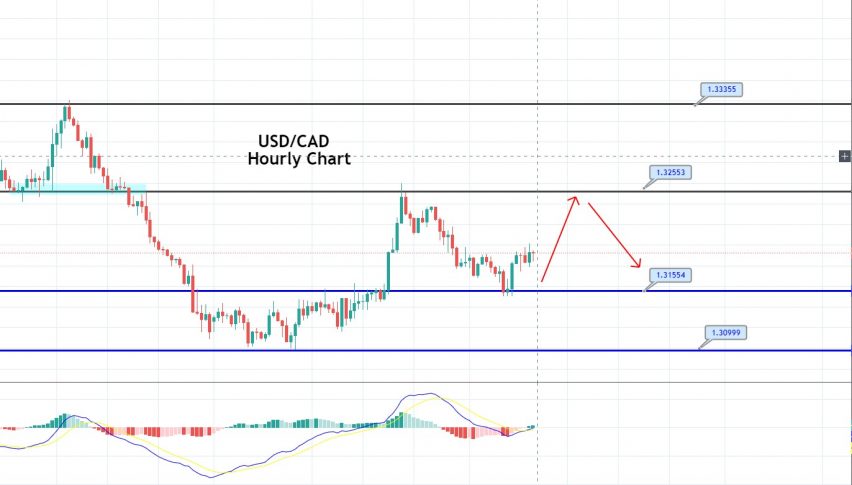 Bullish Engulfing in USD/CAD Pair – Is it Good time to go Long?

The USD/CAD closed at 1.31884, after placing a high of 1.31930 and a low of 1.31502. The Canadian dollar opened the week on a strong footing, boosted by the positive market sentiment, pushing its US counterpart to session lows, at the 1.3150 level, in early trading sessions. Nevertheless, through the late trading session, the USD/CAD pair reversed its direction and regained all the lost ground, returning close to the 1.3200 level.

The comments by US House Speaker Nancy Pelosi at the weekend suggested that the US stimulus package could be released before the election, and the drug maker Pfizer’s affirmation that a COVID-19 vaccine would be available before the end of the year, boosted the risk sentiment and supported the risk-sensitive Canadian dollar. The strong Canadian dollar then weighed on the USD/CAD pair, causing it to drop to the 1.31500 level. However, the losses were short-lived and the sentiment deteriorated, as the expectations for an imminent stimulus deal cooled down.

The Republicans increased their offer for the stimulus package to $ 1.9 trillion, from $ 1.8 trillion, but the Democrats still refused to pass it. Nancy Pelosi even gave a 48-hour deadline for the two parties to reach consensus in the stimulus talks, in order for the bill to be passed before elections. The US President showed his willingness to increase the size of the package even further, but the hard-liner Republicans are putting a spanner in the works. These tensions raised the risk that no deal will be reached on the US stimulus measures before the election, and this lent support to the US dollar, thus adding strength in the USD/CAD pair.

Meanwhile, on the data front, at 17:30 GMT, the Wholesale Sales figures from Canada for August showed an increase to 0.3%, against the projected 0.1%, supporting the Canadian dollar and putting pressure on the USD/CAD pair. From the US side, the NAHB Housing Market Index rose to 85, against the expected 82, boosting the US dollar, and therefore adding strength to the USD/CAD pair on Monday.

On the WTI crude oil front, the crude oil prices rose above $ 41 per barrel on Monday, giving strength to the commodity-linked Loonie, which in turn weighed on the rising USD/CAD prices. Another reason behind the upward movement of the USD/CAD prices, towards the 1.3200 level, was the rising demand for the US dollar, due to its safe-haven status. The US Secretary of State, Mike Pompeo, announced further sanctions to China and Hong Kong regarding issues related to Iran’s shipping lines. This supported the upward momentum of the USD/CAD in the late trading session, and helped the USD/CAD pair to reach almost 1.3200 on Monday. 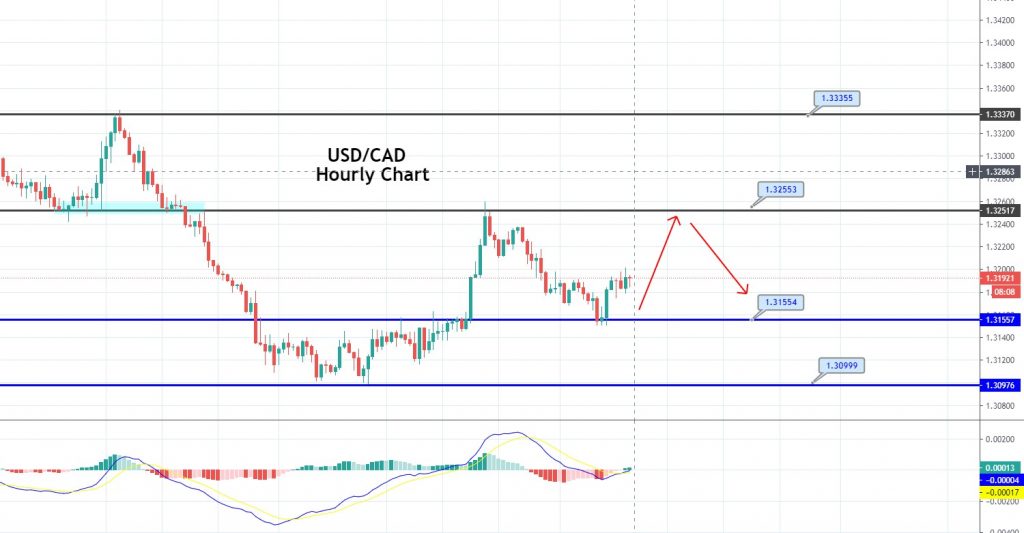