Daily Brief, October 20 – Everything You Need to Know About Gold Today!  - Forex News by FX Leaders 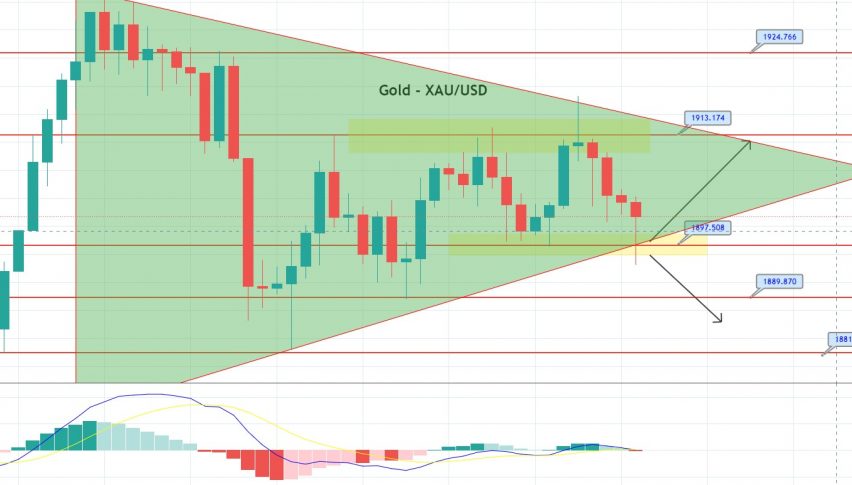 Daily Brief, October 20 – Everything You Need to Know About Gold Today!

Prices for the yellow metal, gold, closed at 1,904.17, after placing a high of 1,918.45, and a low of 1,896.96. Overall, the movement of gold remained bullish throughout the day. The precious metal prices surged to the highest level in four days in early trading sessions on Monday, but they failed to stay there, and were pushed back by the renewed pressure that emerged, due to the lack of stimulus measures in the US.

The yellow metal saw fresh pressure on Monday, losing most of its daily gains, as a new coronavirus stimulus deal between the White House and Congress remained undecided. The US Democratic Congress, led by House Speaker Nancy Pelosi, and Trump’s Republican administration, are still far from reaching consensus on the next round of US stimulus measures.

However, on Sunday, Pelosi said that she was optimistic that legislation could be pushed through before the upcoming election. The White House Chief of Staff, Mark Meadows, also said that a deal on the US stimulus package was possible, as Trump’s administration has increased their offer to $ 1.9 trillion, from their previous offer of $ 1.8 trillion.

Still, both sides failed to reach consensus and deliver the stimulus measures, and this standoff between the two parties weighed on the gold prices in the late trading session.

On the data front, at 19:00 GMT, the NAHB Housing Market Index for October rose to 85, against the projected 83, supporting the US dollar and limiting further gains in gold prices as a result. On Monday, the Federal Reserve Chairman, Jerome Powell, said that it was more important that the US should develop a cross-border digital currency (CBDC) correctly, than that it should be the first one to issue it.

This was a public statement of the fact that, after China, they aim to become the first to issue a CBDC, in order to reduce their dependence on the global dollar payment system. Last week, China gave away about $ 1.5 million in its digital currency trial. The Bank for International Settlements (BIS) and the seven other central banks, including the Federal Reserve and the Bank of England, released a report that explored how a CBDC could work, in a bid to catch up with China’s trial.

Many of the central banks around the globe are examining the possibility of issuing a digital currency. Facebook has also announced plans to create its own digital currency, Libra, as COVID-19 has boosted the demand for digital payments.

Powell said that the Federal Reserve had made no decision yet on issuing a digital currency; however, it has been an active participant in research into the issue, together with other central banks and the BIS. Meanwhile, the Federal Reserve Vice Chair, Richard Clarida, said on Monday that the US economy was rebounding strongly, after taking a serious hit from the coronavirus pandemic.

He added that it might be another year before the economy returns to its pre-pandemic levels. He also said that the labor market would take even longer than one year to recoup its losses. These comments from Fed officials exerted pressure on the US dollar and helped to keep gold prices positive on Monday.