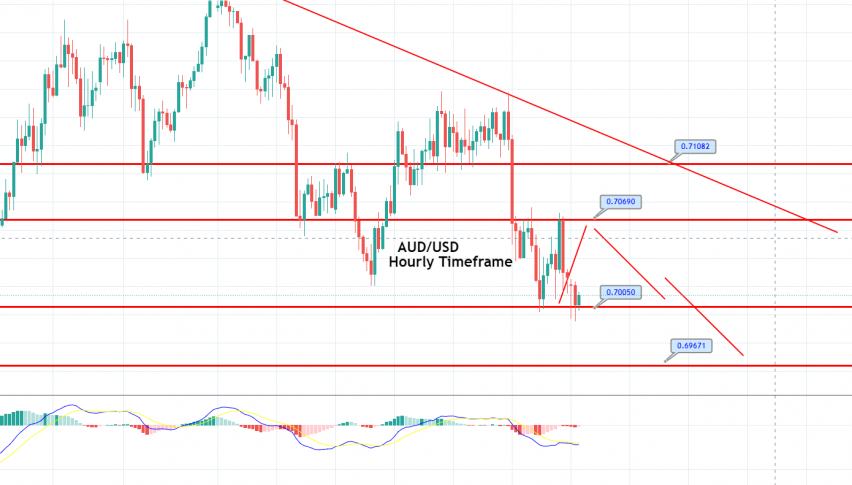 The US dollar was strong onboard on Friday, ahead of the upcoming US Presidential elections. The chances for a blue wave increased in the market and supported the risk-off market sentiment, dragging the AUD/USD pair onto the lower side. After the presidential debate between Joe Biden and Donald Trump, the polls suggested that the odds were in favour of Biden. These uncertainties kept the market sentiment soaring and weighed on the Aussie, which is perceived as risky, dragging the AUD/USD pair onto the downside.

On the data front, at 05:30 GMT, the Producer Price Index from Australia for the quarter was released, coming in line with the expectations of 0.4%. The Private Sector Credit for October from Australia also remained flat at 0.1%.

Most of the macroeconomic data from the US was in favor of the local currency and supported the downward momentum of the AUD/USD pair on Friday. Meanwhile, the losses in AUD/USD pair were limited by the latest decision of the Federal Reserve to decrease the minimum limit of short-term loans to $ 100,000 from the previous $ 250,000, in order to provide short-term support to help businesses through the pandemic crisis, in the absence of any US stimulus aid.

The main driver of the AUD/USD pair on Friday remained the US dollar and the risk-off market sentiment ahead of the US elections. However, the upcoming monetary policy meeting of the Reserve Bank of Australia is also weighing on the currency pair, as it will be held on the same day as the US Presidential elections, November 3. Market participants are cautious about how the market will react to two big events on the same day.