Daily Brief, Nov 04 – Everything You Need to Know About Gold, US Election Highlights! - Forex News by FX Leaders 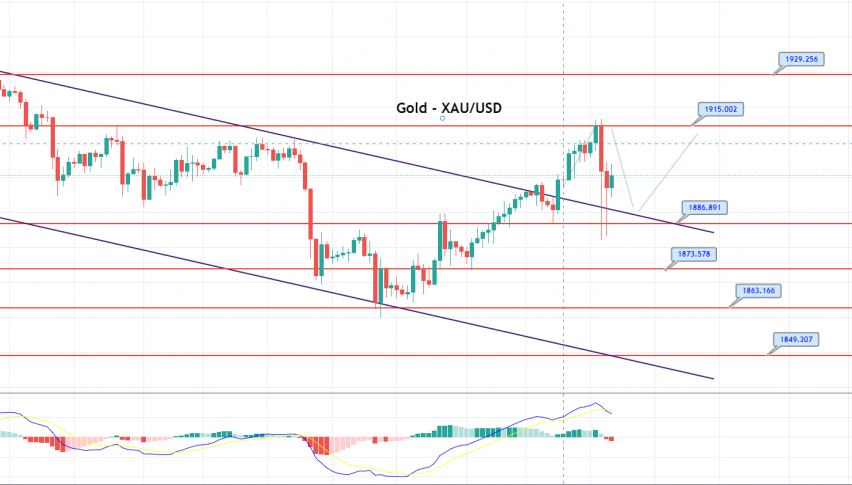 Daily Brief, Nov 04 – Everything You Need to Know About Gold, US Election Highlights!

Good morning traders,
Yesterday, gold closed at 1,909.47, after placing a high of 1,910.52, and a low of 1,886.96. The gold prices extended the gains of the previous day, rising for the third consecutive day, to above 1,900, on Tuesday, on the back of the weak US dollar. The uncertainty regarding the declaration of the US presidential election results has encouraged the traders to seek refuge in the safe-haven metal.As for the US Presidential elections, the Republican Donald Trump is seeking a second term in the White House, while Joe Biden hopes to become the 46th president of the United States, during the current election. Despite the coronavirus pandemic, which has infected 9 million Americans and killed more than 230,000, the elections saw a record turnout.

The rise in the gold price, due to its safe-haven status, was due to the uncertainty over the outcome of the vote. This was further worsened by Trump’s apparent determination to take legal steps to challenge any outcome that does not go in his favor. Initial polls suggested that Biden was leading, and the election was characterized by a Blue/Democratic wave; however, the revised readings show that the gap between Trump and Biden has tightened.

Biden accused Trump of mismanaging the COVID-19 pandemic and abandoning safety precautions, including the mandatory wearing of masks, that could have saved countless lives during the crisis. In turn, Trump refuted that the American economy would be smashed under Biden, who wanted to raise taxes for the wealthy.

Another reason for the rise in gold prices was the expectation that whoever wins the election will try to push the urgently needed financial relief package through quickly, in order to stimulate the economy. Gold is a hedge against both political troubles and fiscal expansion, and it is expected that the yellow metal will return to record highs above $ 2,080 once the initiative for a new stimulus resumes.

If the polls come true, and the blue wave spreads across the US, Biden will deliver a massive stimulus package in the first half of next year, and the gold prices will rise above the $ 2000 mark. This will send the US dollar sharply down, and the gold prices will surge. Bullion also received support from the declining US dollar on Tuesday, as traders are betting on Biden’s victory, which will lead to a larger stimulus package to boost the virus-hit economy.

Aside from the elections, the US dollar was also weak across the board, due to weak macroeconomic releases on Tuesday. At 20:00 GMT, the Factory Orders figures from the US for September indicated a rise to 1.1%, from the projected 1.0%. For October, the Wards Total Vehicle Sales declined to 16.2 against the expected 16.5M, weighing on the US dollar, and ultimately adding strength to the gains in the yellow metal on Tuesday.