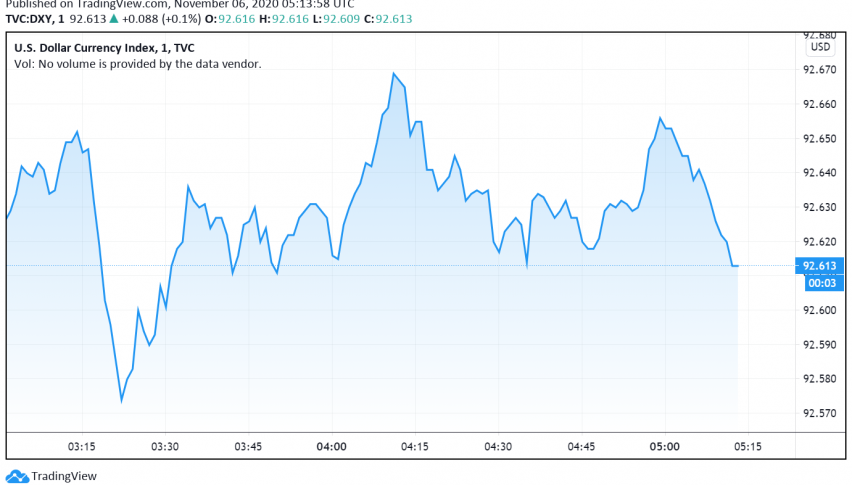 US Dollar Steady But Set to Post Weekly Decline

Early on Friday, the US dollar is holding steady against other major currencies but could weaken as the presidential election results emerge and hopes for a large coronavirus relief package start to fade with Republicans expected to retain power in the Senate. At the time of writing, the US dollar index DXY is trading around 92.61.

Markets are widely anticipating Democrat Joe Biden to take over from Trump but with Republicans holding on to their majority in the Senate, the Democrats may not be able to pass the large fiscal stimulus they have been planning for. Without more fiscal stimulus, the US economy is expected to suffer, and this sentiment could keep the US dollar under pressure in the coming sessions.

Meanwhile, Trump has been threatening legal action to challenge vote counts in certain states where he is lagging, adding to the uncertainty around the election results. Trump’s actions are also reducing investor confidence in the US economy and dollar for now.

So far this week, the dollar has lost around 1.5% of its value and looks set to post the largest weekly decline in nearly four months. Later today, the greenback could also see some movement on the release of the NFP report, with economists expecting a decline in the number of new jobs.

Weakness in US Dollar Continues as 10-Year US Treasury Yields Approach 1.50%
11 hours ago