Daily Brief, Nov 16 – Everything You Need to Know About Gold Today - Forex News by FX Leaders 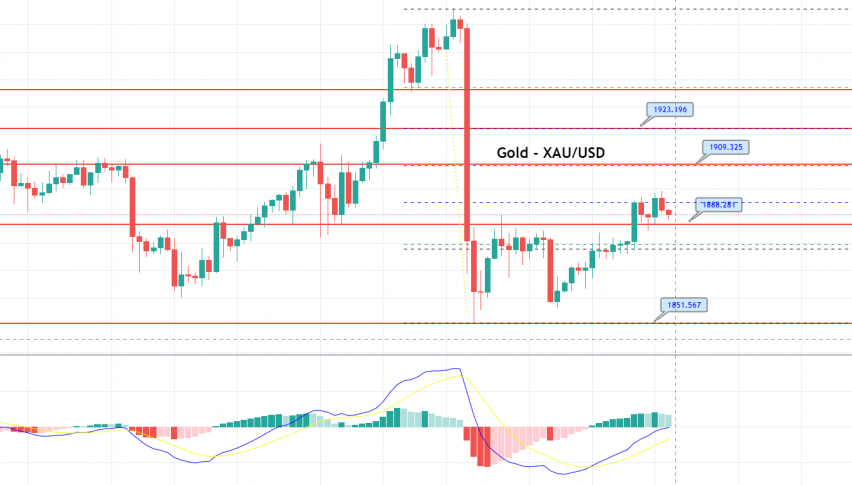 Daily Brief, Nov 16 – Everything You Need to Know About Gold Today

Good morning traders, and welcome back to another exciting week,

Prices for the precious metal, GOLD, increased as rising coronavirus infections globally re-ignited concerns about the economic losses, as a result of the pandemic. Simultaneously, scepticism over the ability of a potential COVID-19 vaccine to stop the spread of the virus further expanded the value of the safe-haven metal. The broad-based US dollar failed to gain any positive traction, remaining depressed on the day, as doubts persisted over the global economic recovery from COVID-19. Besides this, the risk-on market sentiment, backed by the optimism over a potential vaccine for the highly contagious coronavirus, also played a major role in weakening the safe-haven US dollar.

The yellow metal managed to stop its losing streak of the previous week, edging higher on the first day of a new week. However, the bullish sentiment surrounding the gold prices supported the prevalent selling bias regarding the US dollar. The losses in the greenback were seen as one of the key factors that helped the dollar-denominated commodity. As a result, the US dollar was under pressure due to the doubts over economic recovery from COVID-19 in the US. Besides this, the upbeat market mood, backed by various factors, also played a major role in undermining the safe-haven US dollar. Apart from this, the bullish bias surrounding the gold prices was further bolstered by the sharp rise in COVID-19 cases, which caused a return to the safe-haven asset. On the contrary, the market trading sentiment has been flashing green since the week started, supported by the hopes that an effective vaccine will become available soon.

Meanwhile, the market risk sentiment got a lift after upbeat data from China, which pushed the S&P 500 futures higher. As a result, the upbeat market tone became the key factor that kept a lid on any additional gains in the safe-haven metal. Across the pond, the market trading sentiment was rather unaffected by the Sino-American tussle, which recently picked up pace after the Trump administration showed its willingness to limit investments in Chinese companies. The yellow metal is currently trading at 1,890.30 and consolidating in the range between 1,886.99 and 1,899.01.

However, the losses in the US dollar became the key factor that kept the crude oil prices higher, as the oil price is inversely related to the price of the greenback. Meanwhile, by 10:05 PM ET (2:05 AM GMT), the US Dollar Index, which tracks the greenback against a bucket of other currencies, had dropped by 0.14%, to 92.588 .

Besides this, the bullish sentiment surrounding the crude oil prices was further bolstered after Chinese Industrial Production beat estimates, raising hopes over the Dragon Nation’s economic growth, which lent additional support to the energy market. On the data front, industrial production in the Chinese economy climbed by 6.9% year-on-year for the second straight month in October, surpassing the expected gain of 6.5%. Moreover, the Fixed Asset Investment grew by 1.8% year-on-year in October, against the projected 1.6% and he previous 0.8%.

Across the ocean, the reason for the bullish bias surrounding the crude oil prices could also be attributed to the latest report suggesting that the Indian oil demand has risen for the first time since February. As per the latest data, India’s total petroleum demand increased by 2.7% year-on-year in October, reaching 17.8 million tons, as per the provisional data published by the oil ministry’s Petroleum Planning & Analysis Cell.

Gold may find support at the 1,886 level and resistance at the 1,898 level. Continuation of a further upward trend could lead the prices for the precious metal, gold, to around 1,909. The MACD is neutral; however, the odds of sideways treading remain strong between 1,886 and 1,898. Let’s first keep an eye on the 1,891 area, as above this, we can expect a bounce-off, and below this, sharp selling could be seen until 1,886. Good luck!