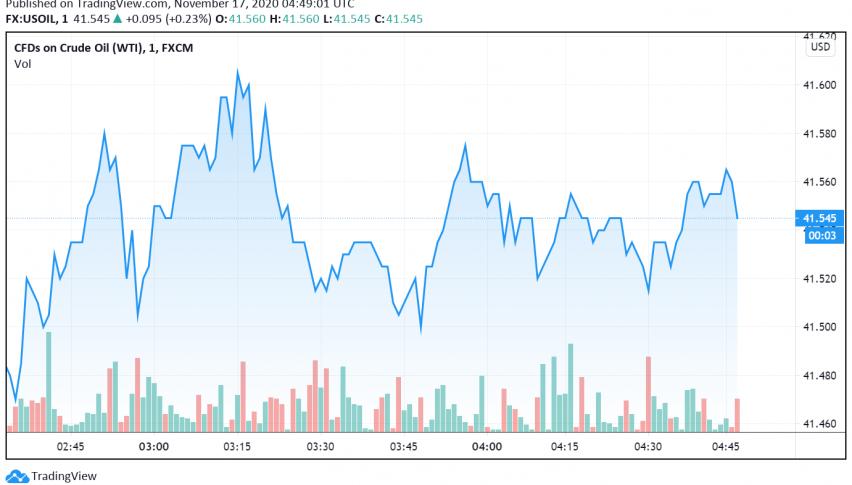 OPEC+ countries are scheduled to hold their meeting soon and as a result of the second wave of the coronavirus, especially across Europe and the US, traders are hopeful that the leading oil producing nations could announce an extension of the deeper supply cuts by at least another three months. As per the current arrangement, OPEC+ nations have curtailed crude production by 7.7 million bpd until December 2020, and are expected to increase production by 2 million bpd starting in January 2021.

Crude oil prices are also climbing higher as the market sentiment received a boost from reports about one more promising vaccine against COVID-19. On Monday, Moderna announced that its vaccine is also over 90% effective, like the one by Pfizer, raising hopes that the pandemic could soon be managed, allowing the global economy to recover from the deep downturn.

There are also hopes of a swift recovery in oil demand after the pandemic is brought under control, as China’s crude oil throughput in October surged to an all-time high. This supports optimism that oil demand is on the uptick in the world’s second largest energy consumer, and this could be the case in other countries as well after the pandemic recedes.