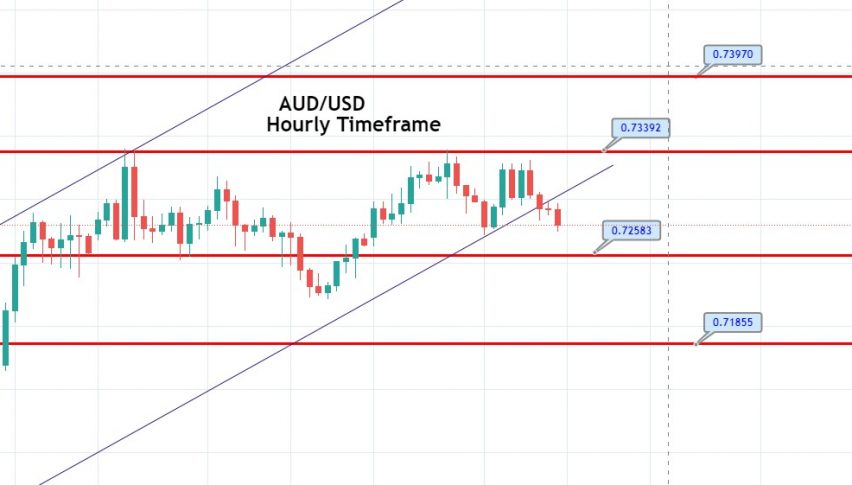 The AUD/USD closed at 0.73067, after placing a high of 0.73305, and a low of 0.72716. On Wednesday, the AUD/USD pair rose, reversing its movement of the previous day, as the market risk sentiment improved. The risk-on market sentiment picked up pace after Pfizer and BioNtech announced that, according to their trials, their vaccine was 95% effective, and that they were planning on filing for emergency authorization from the US. The Aussie, which is perceived as risky, gained traction after the risk sentiment improved in the market and started moving in an upward direction.

Meanwhile, on Wednesday, the governnor of the Reserve Bank of Australia, Philip Lowe, said that it will be incredibly mutually advantageous for Australia and China to keep their strong trade relationship in place. He also emphasized that there were tremendous opportunities to broaden out the markets over time.

He said that Australia was situated in a fantastic location on the globe, within the fastest-growing region in the world, and that the country has good relationships with Indonesia and India. He also stated that although digitization was not helping Australians deal with the pandemic, it would also boost productivity and help drive future economic growth. Lowe’s comments lent strength to the Australian dollar and it slso gave the AUD/USD currency pair a boost. Meanwhile, on the data front, the Australian Wage Price Index for the quarter was released at 05:30 GMT, showing a decline to 0.1%, against the projected, 0.2%, weighing on the Australian dollar, thereby capping further gains in AUD/USD pair.

The AUD/USD is consolidating at around the 0.7291 level, holding below an immediate resistance area of 0.7330. The AUD/USD is likely to remain supported over the 0.7270 level, and it may find resistance near the 0.7330 mark. A bearish breakout at the 0.7272 level could extend the selling trend until the 0.7260 level today, so let’s keep an eye on the 0.7290 level, as below this, a selling trend could be seen and vice versa. Good luck!