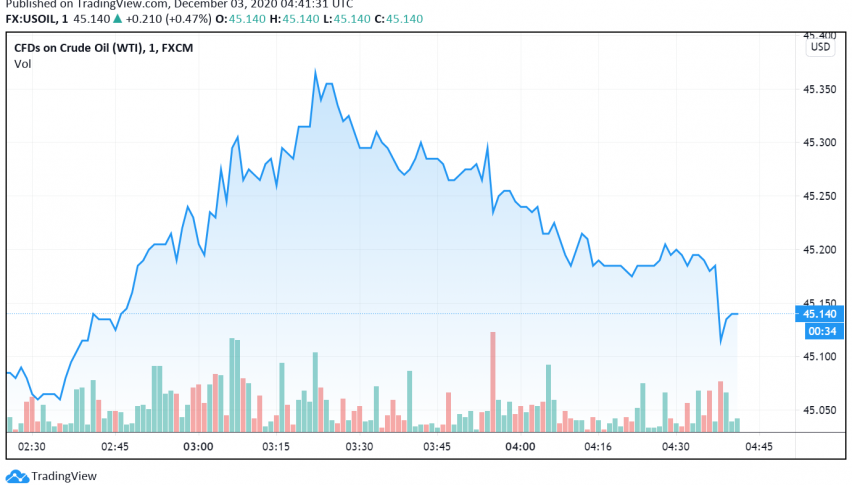 Over the previous session, WTI crude oil prices had gained around 1.6% of their value, supported by continued optimism about rollout of vaccines starting soon. Britain, on Wednesday, became the first country in the world to approve Pfizer’s vaccine and is set to start administering the vaccine to its citizens beginning next week.

In addition, US oil prices were further supported by the EIA report which released in the previous session and revealed a decline in US crude inventories. According to the EIA, crude stockpiles in the US fell by 679k barrels in the previous week, and although it was lesser than the 2.4 million barrel decline forecast, a decline was indicative of improvement in oil demand in the world’s largest energy consumer.

However, traders turn their focus to the OPEC+ meeting scheduled for later today, for confirmation on whether leading oil producing nations will extend the deeper supply cuts of 7.7 million bpd. In the wake of the recent optimism surrounding vaccine development and rollout, some countries are questioning the need for tighter supply even though the second wave of the pandemic has weakened oil demand once again.