Daily Brief, December 18 – Everything You Need to Know About Gold Today! - Forex News by FX Leaders 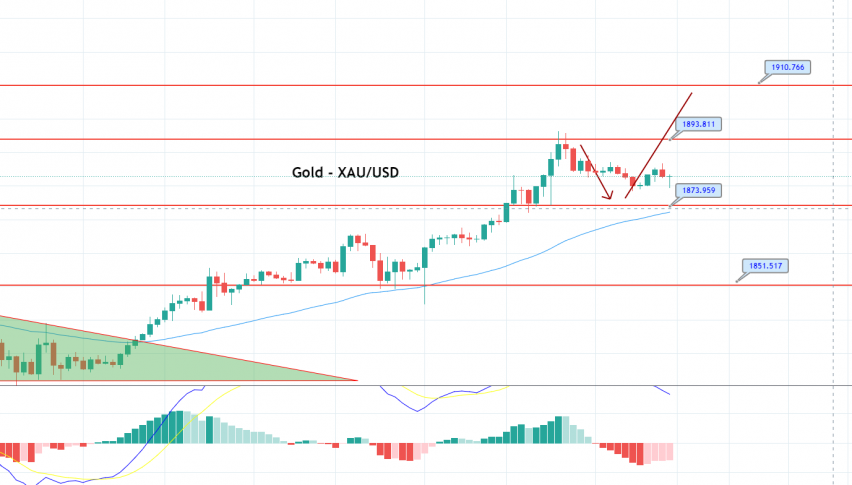 Daily Brief, December 18 – Everything You Need to Know About Gold Today!

The GOLD prices closed at 1,885.37, after placing a high of 1,896.16, and a low of 1,861.97. GOLD prices extended their gains for the 3rd consecutive day on Thursday, reaching their highest level since November 16, on the back of the weak US dollar. The US Dollar Index, which measures the value of the US dollar against a basket of six currencies, dropped below 90 on Thursday, to 89.7, which is its lowest level since April 2018. The strong commitments for more bond-buying by the Federal Reserve on Wednesday, along with the signs that US lawmakers were having a final round of talks on the coronavirus fiscal relief fund, weighed heavily on the Dollar Index and lent strength to the yellow metal on Thursday.

According to Wednesday’s announcement by the Federal Reserve, they will buy at least $ 80 billion in treasuries and $ 40 billion in agency mortgage-backed securities per month, in a bid to offer maximum employment to Americans and price stability to the economy.

On Wednesday, the US congressional negotiators were close to reaching a deal over a $ 900 billion coronavirus relief package, including $ 600 to $ 700 in stimulus checks, together with ean extension of unemployment benefits. The interest rates stayed near zero, as the Fed promised to continue its bond-buying program until there is substantial further progress in restoring full employment and hitting the 2% inflation target.

On the data front, at 18:29 GMT, the Philly Fed Manufacturing Index in December dropped to 11.1, against the forecasted 20.1, weighing on the US dollar, which resulted in added gains for the yellow metal. At 18:30 GMT, last week’s Unemployment Claims came in, indicating a rise to 885K, against the expected 817K, which put pressure on the US dollar and supported the upward momentum in GOLD prices. The Building Permits for November rose to 1.64M, against the projected 1.55M, and supported the US dollar. The Housing Starts for November remained flat at 1.55M, as expected.

Furthermore, on Thursday, the United States surpassed a total of 17M coronavirus cases, with infections rising by more than a million in one week during the early winter surge. This is a stark contrast to early this year, when it took about three months for the US to reach its first million cases.

According to Johns Hopkins University, the US confirmed 247,403 new coronavirus cases on Wednesday, and the American death toll was recorded as 3,656 in a single day. Despite the vaccine rollout, the rising number of coronavirus cases has increased unemployment in the US, as indicated by the surge in unemployment benefit claims on Thursday, which reached a whopping 885,000 – the highest weekly number since September.

Meanwhile, Moderna’s vaccine, which offers about 94% protection against the coronavirus, is set to get emergency authorization as early as this week. On Thursday, a panel of 22 members of experts met to discuss its efficacy and potential side effects. However, it will be months before the American public starts receiving vaccine shots, and in the meantime, the hospitals across the country will have the burden of caring for the coronavirus patients. The rising number of coronavirus cases in the US also weighed on the US dollar and supported the upward movement of the GOLD prices on Thursday. 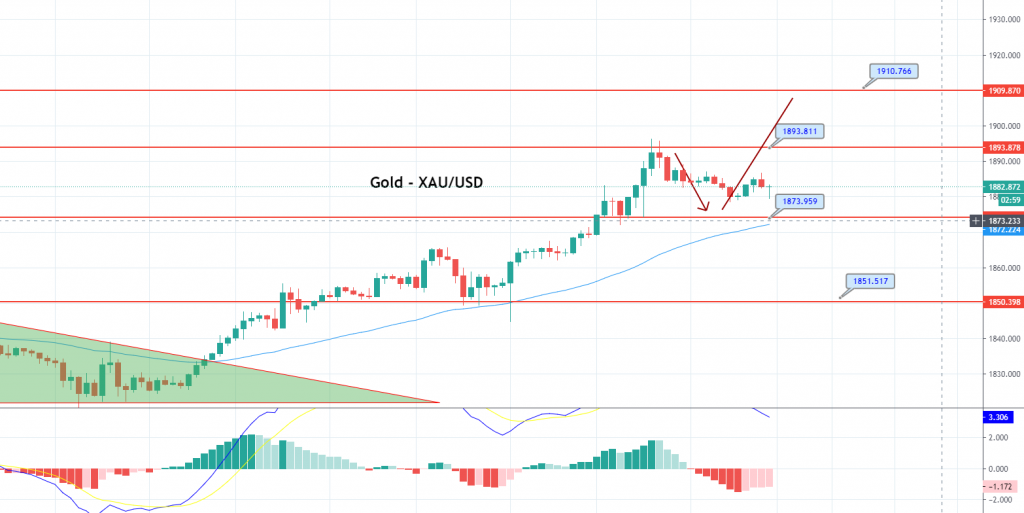