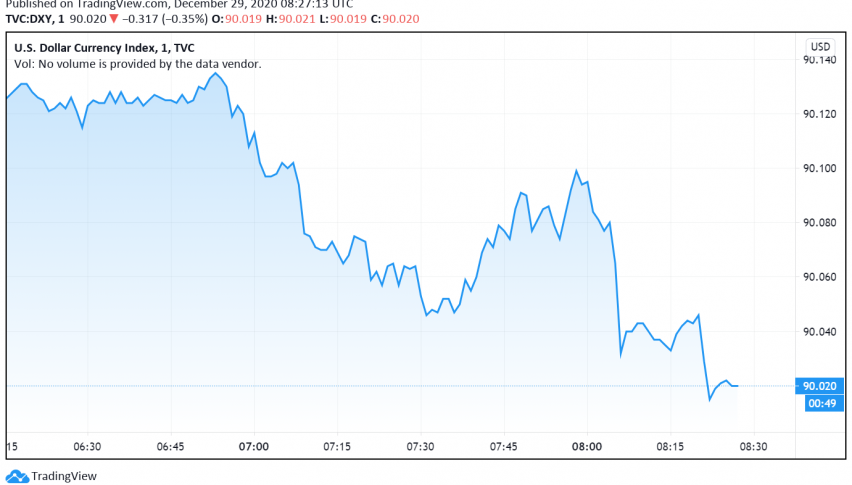 The optimism around the Brexit deal and the latest round of stimulus measures being finalized in the US have boosted the risk appetite in the forex market, sending the US dollar lower against its major peers. At the time of writing, the US dollar index DXY is trading around 90.02.

Amid thin liquidity and a lack of fundamentals, markets continue to focus on Britain and the EU narrowly avoiding a no-deal Brexit at the end of this year. Although the trade agreement signed late last week is limited in scope, it successfully prevents tariffs and quotas on trade between the two regions after Britain officially exits the European Union.

This sentiment has increased investor confidence in the Euro and the Pound Sterling, sending them to multi-month highs against the US dollar. However, there is an air of caution among forex traders as Britain and the EU are yet to come to an agreement over several key issues, especially about granting access to financial markets post-Brexit.

The safe haven appeal of the US dollar also suffered after President Donald Trump signed a $2.3 trillion coronavirus relief package and got his way with the stimulus checks. During the previous session, the House of Representatives voted to hike the amount for the stimulus checks from $600 to $2,000.