The Aussie dollar has opened the week on the back foot and is seeing some early selling pressure.

The bears have been busy so far and once again price has started to make a run at this 0.7700 level. So far price is underneath that point. That said, we have seen this level tested recently with it holding up so far.

That said, we have also seen price in this uptrend for quite a while and generally, this upward channel is a bearish price pattern.

Across other key markets, we can see that the ES has opened the week in the red, following on from last Friday’s selling and that is also translating across to Asia.

However, the NZD/USD is flat on the session, so we shouldn’t read too much into the selling just yet.

Looking ahead today and we do have some important data points out of China that will be coming up in a few hours time.

We get industrial production and GDP which are the most interesting to us, with IP expected to weaken slightly on the prior. While GDP should further increase.

Later in the week, on a local level, we get the latest Aussie jobs data, which is expected to show more recovery and a slight drop in the jobless rate to 6.7%.

For the most part, there are only modest lockdowns in Australia and it is business as usual which it has been for most of the year. The only real factor is the lack of migration and arrivals into Australia, which will continue to weigh going forward.

For now, the AUD/USD is bearish and I am still keeping a close eye on the USD as the new trading week gets underway. 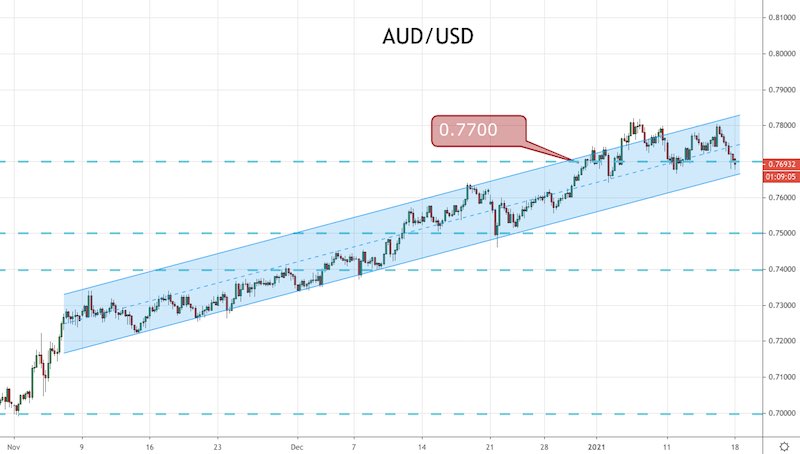 Selling NZD/USD at the Resistance Zone
20 mins ago