Daily Brief, February 04 – Everything You Need to Know About Gold Today! - Forex News by FX Leaders 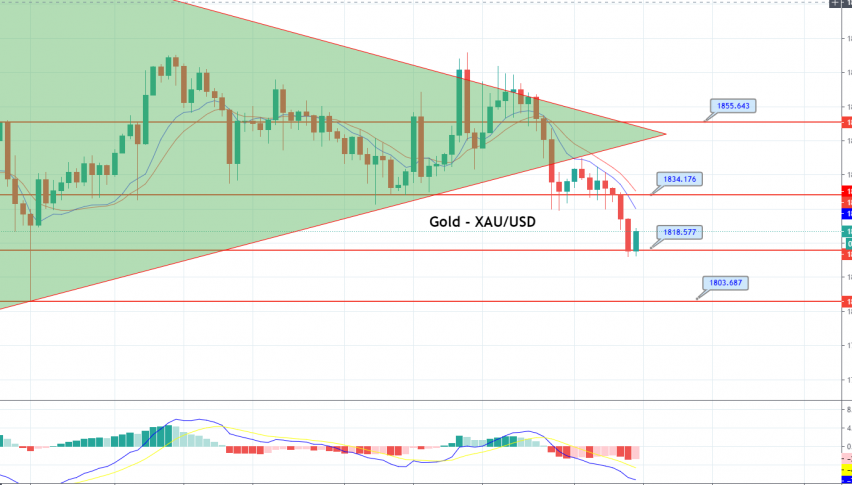 Daily Brief, February 04 – Everything You Need to Know About Gold Today!

GOLD closed at 1,833.98, after placing a high of 1,844.84, and a low of 1,829.62. On Wednesday, the GOLD prices extended their losses, declining for the third consecutive session, as the US dollar became strong in the market. United States Treasury Secretary Janet Yellen and the head of the International Monetary Fund have acknowledged the need for multilateral solutions to discuss debt vulnerabilities and other concerns facing the global economy.

The Treasury Department said that Secretary Yellen had conveyed her intention to “work closely with the IMF on the priorities of continuing to respond effectively to the coronavirus pandemic, re-invigorate economic growth to support a robust global recovery, fight inequality and forcefully address the threat of climate change.”

External experts and global economic officials claim that they notice a growing consensus regarding the need for a new allocation of IMF Special Drawing Rights (SDRs). This move is comparable to the central bank printing money, which Steven Mnuchin, Yellen’s predecessor, blocked. However, US President Joe Biden’s administration has indicated their support for a distinct allocation of SDRs, and the necessary legislation to back the move is currently working its way through Congress, which is now under Democratic control.

Yellen also emphasized that new growth forecasts from the Congressional Budget Office (CBO) indicated that the US desperately needs Congress to act on Biden’s coronavirus rescue package. The CBO updated its forecasts to show a new, healthier GDP growth projection for 2021, but full job recovery to pre-pandemic levels is not likely to happen until 2024. This supported the US dollar and weighed on the prices for the yellow metal on Wednesday.

On the other hand, during calmer trading on Wednesday, GameStop and other stocks favored on social media rebounded from their sharp decline in the prior session, as investors turned their focus to the possibility of tighter US trading regulations. US Treasury Secretary Janet Yellen was set to call a meeting of top financial regulators this week to discuss market volatility driven by retail trading in shares of Game Stop Corp, silver and other stocks that are popular on social media.

Yellen is to convene the meetings of the heads of the Securities and Exchange Commission, the Federal Reserve, the Fed of New York and the Commodity Futures Trading Commission. The hopes for tighter trading regulation started to rise after this was announced, which supported the risk sentiment, ultimately weighing on the prices of the yellow metal on Wednesday.

Meanwhile, the strong US jobs data kept the greenback in demand, adding further to the losses in the gold prices. At 18:15 GMT, the ADP Non-Farm Employment Change came in, showing an increase to 174K in January, against the expected 48K, which supported the US dollar and dragged the yellow metal down. At 19:45 GMT, the Final Services PMI for January came in higher, at 58.3, against the expected 57.4, boosting the greenback and pulling the gold prices down. At 20:00 GMT, the ISM Services PMI figures also came in higher, at 58.7, compared to the forecast of 56.7, which lent support to the US dollar, ultimately adding to the losses in the precious metal on Wednesday. 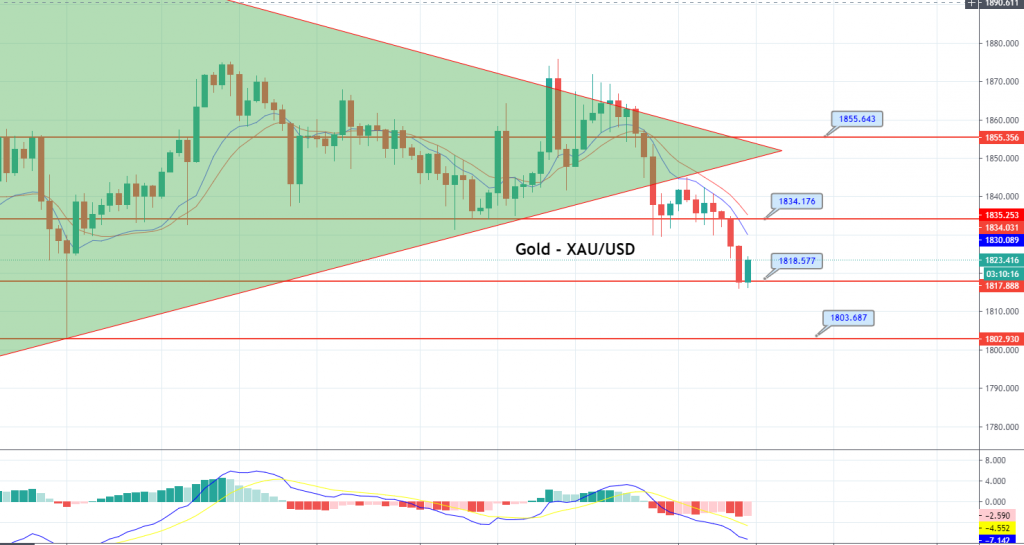 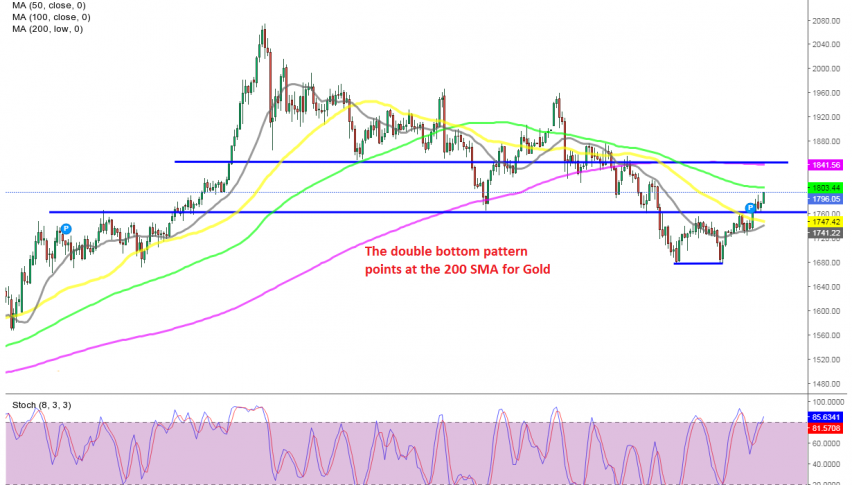 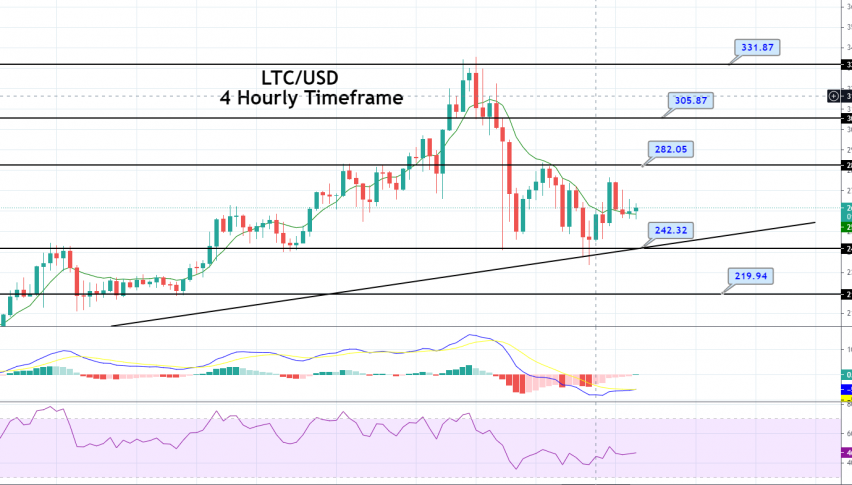 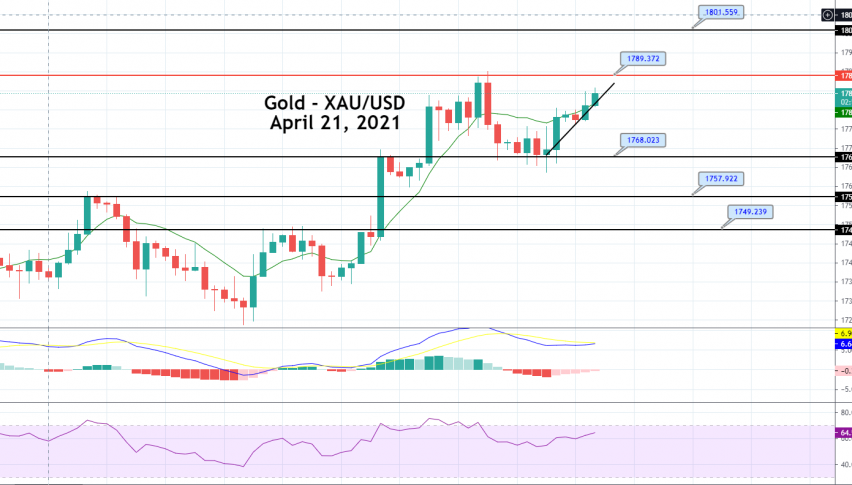