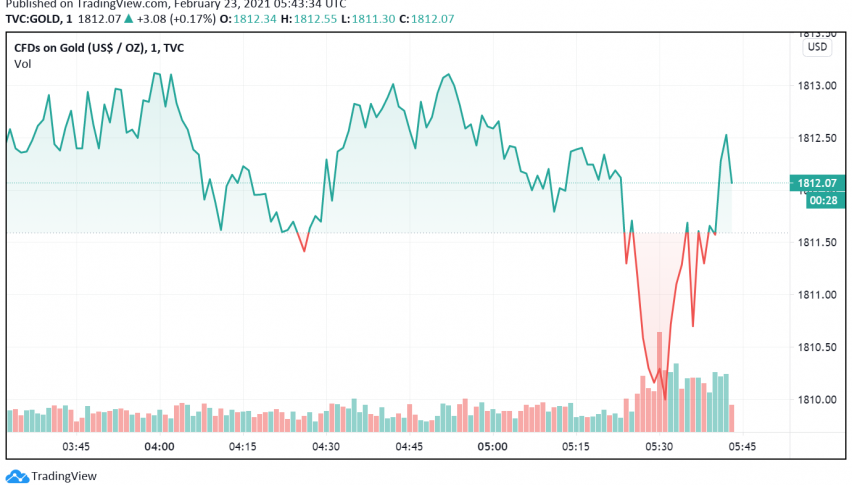 Early on Tuesday, gold is trading bullish, with prices close to the highest levels seen in a week, on account of a weak US dollar even as US Treasury yields slide lower and boost the appeal of the safe haven metal. At the time of writing, GOLD is trading at a little above $1,812.

During the previous session, gold prices strengthened by as much as 1.5% as the US dollar declined against other major currencies. As we know, the greenback shares a negative correlation with the yellow metal, as a weaker dollar makes it more affordable for holders of other currencies to purchase gold.

The bullishness in gold also received a boost from falling US Treasury yields, which increased the precious metal’s appeal as an investment. On Monday, the benchmark 10-year US Treasury yields slipped from the highest levels seen since a year, helping the yellow metal make more gains.

Meanwhile, the next round of fiscal stimulus measures for the US economy appears to be making progress, with President Biden initiating changes to help more small and minority-owned businesses that have been impacted by the pandemic. The release of more stimulus is also expected to increase the safe haven appeal of gold and support its bullishness in the coming sessions.

Daily Brief March 02 - Everything You Need to Know About Gold Today!
10 hours ago