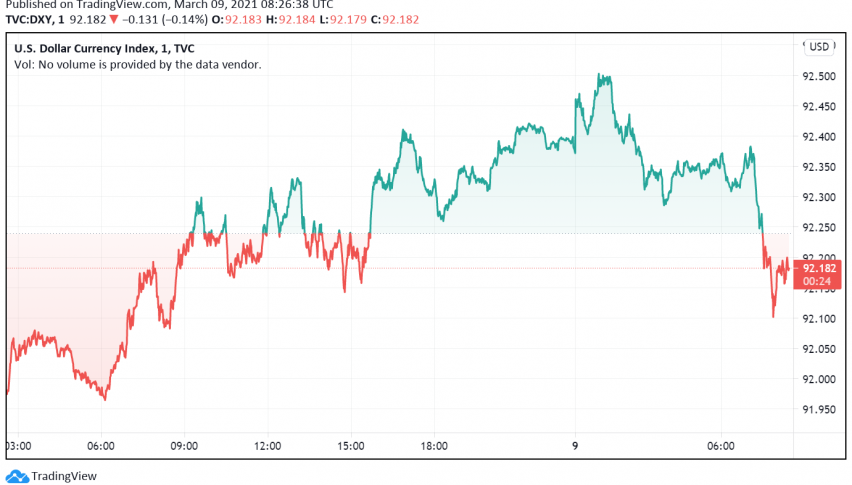 The US dollar is trading strong against other major currencies, trading close to the highest level seen in over three months on the back of an uptick in US Treasury yields and rising expectations for rapid economic recovery. At the time of writing, the US dollar index DXY is trading around 92.18.

The dollar index notched up a 0.5% gain during the previous session and has risen by an additional 0.1% in early trading on Tuesday. Stronger bond yields have also driven the greenback to multi-month highs against leading safe haven currencies CHF and JPY, even as the EUR and GBP slip to the lowest levels seen in several weeks.

The benchmark 10-year US Treasury yields continue to hold close to a one-year high hit late last week, which gives the reserve currency additional strength. The higher yields in US treasuries are exerting significant downward pressure on emerging market currencies, especially the Brazilian real which fell the lowest level seen in 10 months.

Analysts maintain that the bullishness in the US dollar can also be attributed to the rapid pace of vaccine distribution in the country in comparison with several other parts of the world. This gives hope that the US economy could return to pre-pandemic levels sooner than its peers, outpacing other economies by at least one or even two quarters.