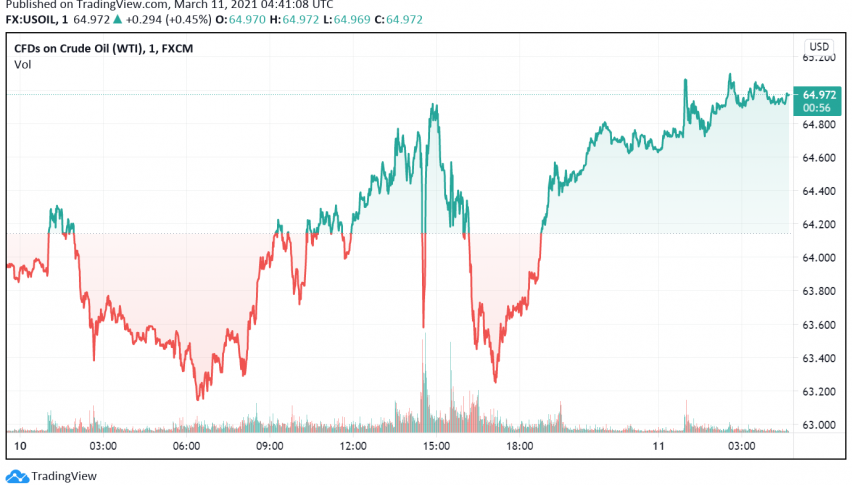 The EIA report which released during the previous session revealed that gasoline inventories in the US declined by 11.9 million barrels over the past week, raising hopes for improvement in fuel demand across the world’s largest energy consumer. Economists had forecast a drop by 3.5 million barrels instead, and the larger than expected drop supported gains in crude oil.

Crude oil prices were also boosted by President Biden’s $1.9 trillion worth of stimulus programs getting an approval by the House of Representatives. Increased stimulus measures raises hopes for further increase in fuel consumption by Americans in the near future.