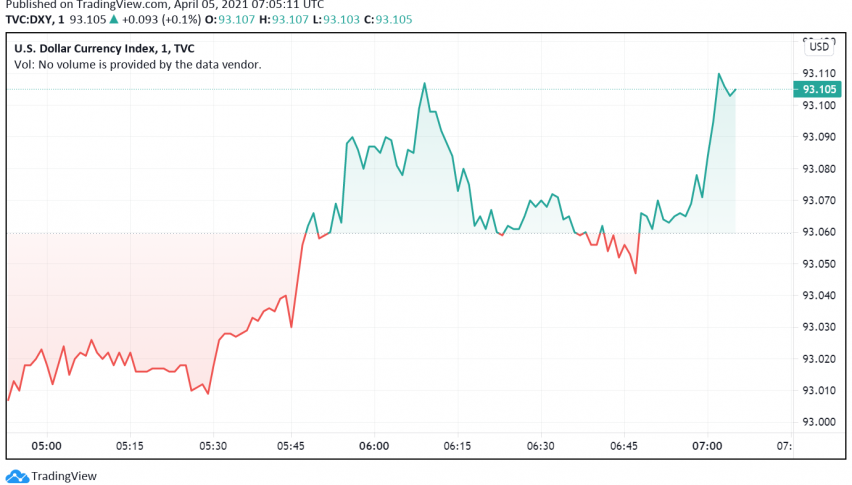 The US dollar is set to start the week on a bullish note after a strong NFP report published on Friday came in line with economists’ expectations and reinforced markets’ beliefs that the economy is on track for a speedy recovery. At the time of writing, the US dollar index DXY is trading around 93.10.

The US dollar registered the strongest performance during Q1 2021, bolstered by a rise in US Treasury yields amid expectations for higher inflation as well as by expectations that the US economy would post a faster recovery than most of its peers. In addition, over the past few weeks, the third wave of the pandemic through Europe weighed on the Euro – the greenback’s main rival, lending it additional strength.

Investors are likely to continue focusing on the US’s economic recovery in the near term, which could support further upside for the dollar against its major peers. Multiple rounds of stimulus initiatives being announced by President Joe Biden as well as a strong COVID-19 vaccine rollout program are likely to improve economic conditions rapidly in the coming weeks.

According to the latest NFP report which released on Friday, 916k jobs were added to the US economy during the month of March, higher than the forecast which was for an increase of around 650k jobs instead. Later this week, the focus will shift to the ISM non-manufacturing PMI release, which is expected to reveal a strong expansion in the sector and boost the appeal of the US dollar further.