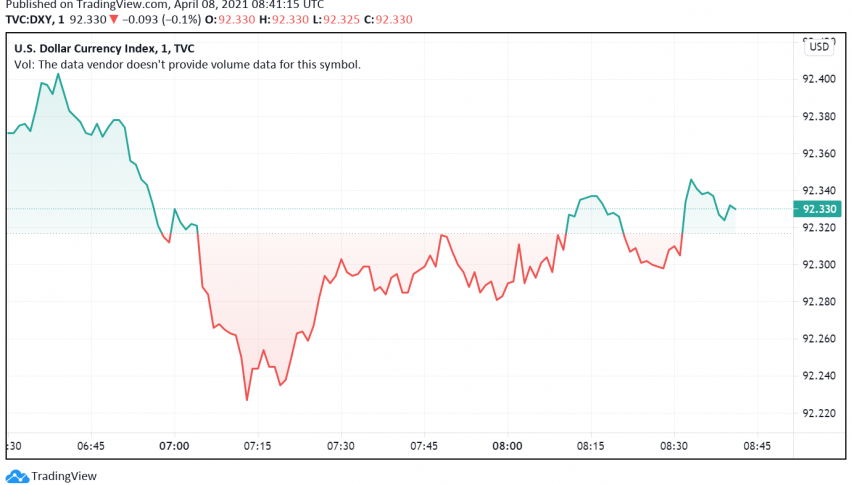 The US dollar continues to languish close to the lowest level seen in over two weeks, with the slide lower driven by a decline in US Treasury yields and an unsurprisingly cautious tone taken by Fed officials during their latest policy meeting. At the time of writing, the US dollar index DXY is trading around 92.32.

The minutes of the most recent Fed policy meeting were released during the previous session but did little to drive any price actions in the US dollar. As was widely expected, the US central bank’s officials expressed concerns about the risks of the ongoing coronavirus crisis even as they remained hopeful about US economy posting a faster recovery.

After rising to the strongest level seen in nearly five months towards the end of March, the US dollar index has slipped closer to the 92 level in early trading today. This could be because the optimism surrounding the US economy’s recovery appears to have already been priced in.

As a result, the focus has shifted to moves in government bond yields, and with the yield on the benchmark 10-year US Treasury note weakening, the greenback has also turned bearish for now. In addition, markets appear to be trading with a somewhat risk-on mood, which has further dented the safe haven appeal of the reserve currency and sent traders towards riskier instruments instead.