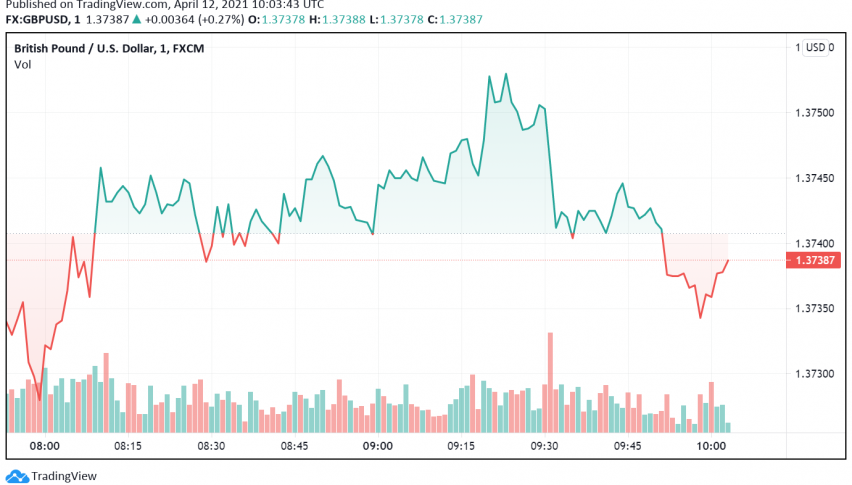 GBP/USD Recovers After Tough Week, But Could Face More Troubles

GBP/USD is on the rise in early trading on Monday, posting a recovery after ending the previous week in the red, even as long positions on the Sterling declined to the lowest levels seen in nine weeks. At the time of writing, GBP/USD is trading around 1.37.

There are mixed signals regarding the economic outlook for the UK even as it gets set to ease its lockdowns starting today. While the rollout of the COVID-19 vaccine and the reopening of the economy have raised expectations for swift rebound, there are increasing concerns about whether the immediate jump in economic data driven by pent-up demand would sustain over a period of time.

One of the biggest issues working against the Sterling and clouding the outlook for GBP/USD remains Brexit. More than three months into the divorce with the EU, uncertainties and challenges related to the Brexit trade deal have hurt British exports to the EU considerably. Estimates by the British Chamber of Commerce (BCC) indicate that exports to the EU have reduced by 41% over Q1 2021 under the new trade agreement.

The UK economy and currency are also likely to come under pressure over increased calls for Scotland’s independence. So far, UK PM Boris Johnson has refused to announce another referendum following the one that took place in 2014, but with elections coming up, there could be a possibility for a second vote which could heighten political uncertainties in the region even before the issue of Brexit is completely resolved.

Selling GBP/USD, Despite the Jump in UK Inflation to 3.1%
4 days ago

Booking Profit on our GBP/USD Signal, After the UK Earnings and Employment Report
5 days ago