Today in Asian trading hours, the bullion succeeded in extending its previous day’s winning streak. It drew some further bids around $1,800 marks as the renewed fears over the third dangerous wave of coronavirus infections and COVID-19 vaccine jitters keep the market trading sentiment under pressure. The safe haven appeal was also triggered after Russia warned over global interference in its tussle with Ukraine, putting a further burden on the marker sentiment. Besides, the losses in the U.S. dollar, triggered by the falling U.S. Treasury yields tend to underpin the dollar-denominated commodity as the price of GOLD is inversely related to the U.S. dollar. Alternatively, the U.S. recently showed readiness to do smooth nuclear discussions with Iran, which was seen as one of the key factors that kept a lid on any additional gains in the yellow metal prices. As of writing, the yellow metal is trading at 1,791.13 and consolidating in the range between 1,790.38 and 1,797.91. The market trading sentiment failed to stop its previous day’s bearish performance and remained depressed on the day as renewed fears about the third deadly wave of coronavirus infections in some countries continued weighing on the mood. As per latest reports, India recorded 310,000 new cases and Japan is set for recalling emergencies. Thus, the bearish appearance of the U.S. stocks futures tends to highlight the risk-off sentiment, which benefitted the safe haven XAU/USD to stay bid. Deadlock over the U.S. infrastructure spending bill and doubts about the need for a third vaccine shot to gain immunity over the deadly virus also weighs on the trading sentiment.

Meanwhile, the pre-ECB cautious mood puts an extra burden on the market sentiment. Despite the risk-off mood, the broad-based U.S. dollar failed to stop its previous-day bearish moves and remained weak near multi-week lows as losses in U.S. Treasury yields declined the safe-haven U.S. currency’s interest-rate advantage. Conversely, the losses in the U.S. dollar could be short-lived or temporary as the market’s downbeat mood could revive the safe-haven demand in the market. However, the downticks in the USD become the key factor that kept gold higher as its price is inversely related to the price of the U.S. dollar. Moving on, the market traders will keep their eyes on the European Central Bank (EBC) policy decision, which is due to be handed down later in the day. The ECB is not expected to change current rates neither bond purchases. Across the pond, risk catalysts like geopolitics issues will also offer fresh direction to the markets. 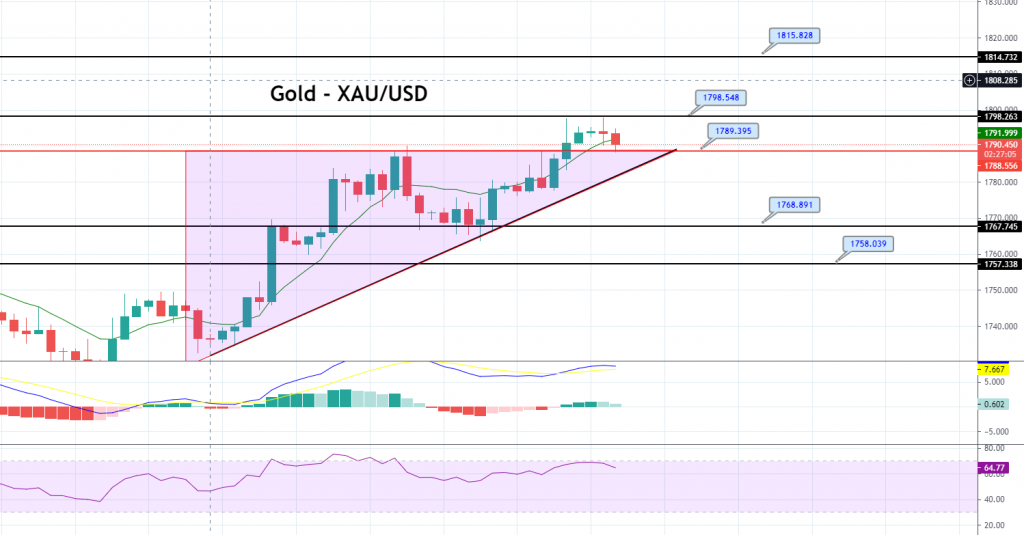