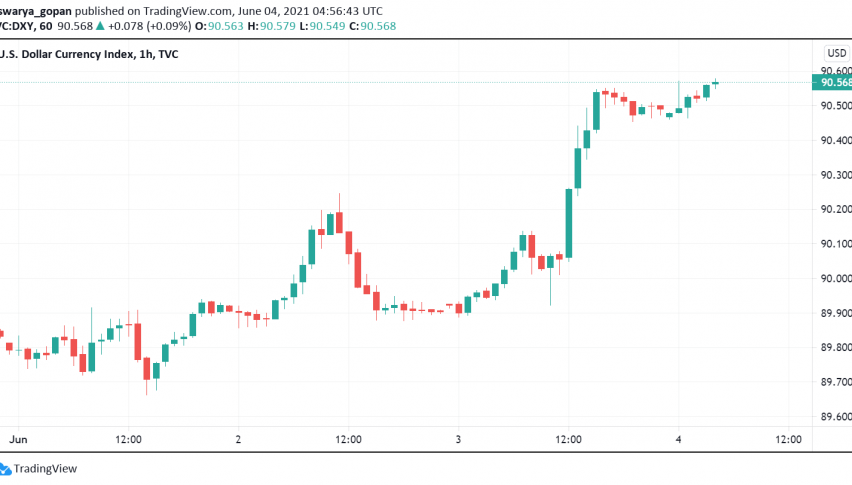 US Dollar Enjoys Moment of Strength Before NFP Report Release

Markets are expecting the upcoming release to reveal an addition of 650k jobs through the previous month, although optimistic forecasts are for a reading as high as 800k. On Thursday, the ADP private payrolls report beat this forecast by printing a growth of 978k jobs in the US, boosting investors’ mood about the US dollar and sending it back up above the key 90 level against its major rivals.

While the NFP report is typically among the more important economic releases as far as forex markets are concerned, today’s report will be of special interest as investors look for clues on how soon the Fed could begin tightening its policy of tapering off some of its monetary stimulus efforts. A stronger than expected reading will reinforce hopes for rapid economic recovery and increase the likelihood of the central bank stepping in sooner than previously planned.

The sudden boost in the US dollar sent it soaring to multi-week highs against other key currencies, especially the EUR, JPY as well as against leading commodity currencies AUD and NZD. The Chinese yuan, which had been enjoying considerable strength in recent sessions also dipped below the key 6.40 level against the greenback.