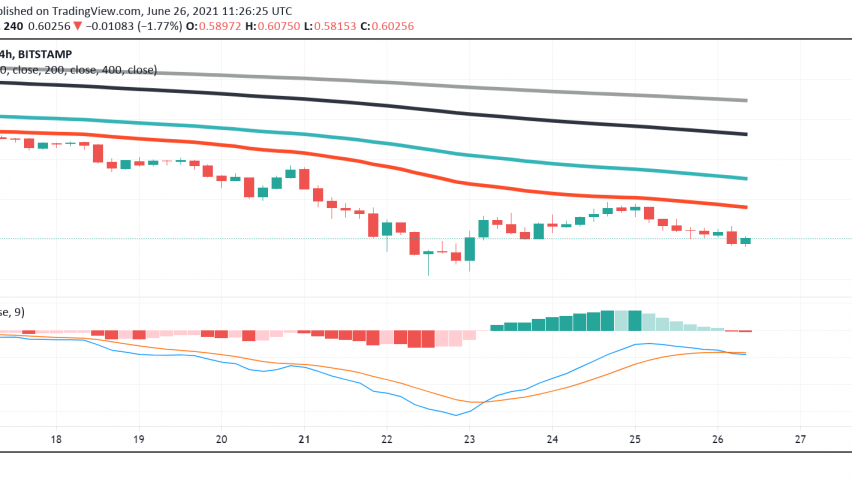 It’s a bearish start to the weekend for Ripple’s XRP, which has lost over 5% of its value since the previous session and seems to be struggling to hold above the $0.60 level. At the time of writing, XRP/USD is trading around $0.60.

We reported a few days ago about how the downbeat sentiment in the crypto market at large as well as the legal uncertainties faced by Ripple had driven whales to sell-off their holdings in XRP. Latest data from XRPScan reveals that Ripple’s co-founder Jed McCaleb also sold more than 240 million XRP tokens in June, from his holdings of over 8 billion XRP.

On a positive note, the cryptocurrency could enjoy some support from recent data from Uphold which revealed that transaction volumes for Ripple’s XRP were at least eight times higher than that of market leader Bitcoin. Investors continue to be interested in trading and holding XRP despite the ongoing lawsuit between Ripple and the SEC.

Meanwhile, on the legal front, the SEC has claimed that XRP’s token holders are targeting members of the commission by posting false information about them on social media. In addition, the Commission has argued against allowing the SEC to subpoena its former official in the lawsuit as it could set a dangerous precedent.

If this level breaks down, we could very well see Ripple’s cryptocurrency test further lows at around $0.33. A turnaround in the sentiment would require XRP’s price to overcome $0.67 and test the pivot at $0.80.

Bearish Mood in Crypto Market Catches Up With Algorand (ALGO)
8 hours ago
Ripple down -5.30% amid Crash in Crypto Space
Ripple coin did not recover from its overnight losses and fell to an intraday low of 0.75797. The XRP/USD coins have been trading in the
10 hours ago